For the discussion of aviation and aircraft subjects. If it flies, it goes here!
Post Reply
58 posts

Excuse me fellow Kampfers if I bring this one back from obscurity.

As I make my circuitous way around my various builds I tend to settle on one, have at it to the best of my ability and try to hang in there until one of two things generally happen. Either I finish it (rare, but gradually becoming less so) or more commonly; I suffer an "excess of inspiration" and go skipping off on some other tangent when my glance falls upon one of the half dozen or so projects I have going at any one time.

It's not ideal, but at least it stops me getting bored. It also means that everything *touch wood* will see the light of day eventually.

Anyway, so it was by roundabout means I found myself back with the Royal Aircraft Factory's answer to the age of sail: The FE.2b

Some of the regular visitors will remember this from last years RAF group build, which can be found here http://www.kampfgruppe144.com/phpBB3/vi ... =45&t=5492
I'd got it to the stage where the wing ribs were done and the majority of the core internals were fitted. Being entirely scratchbuilt there is heaps to do and references are often vague, especially regarding the particulars of the undercarriage. This is pretty much where I stalled. 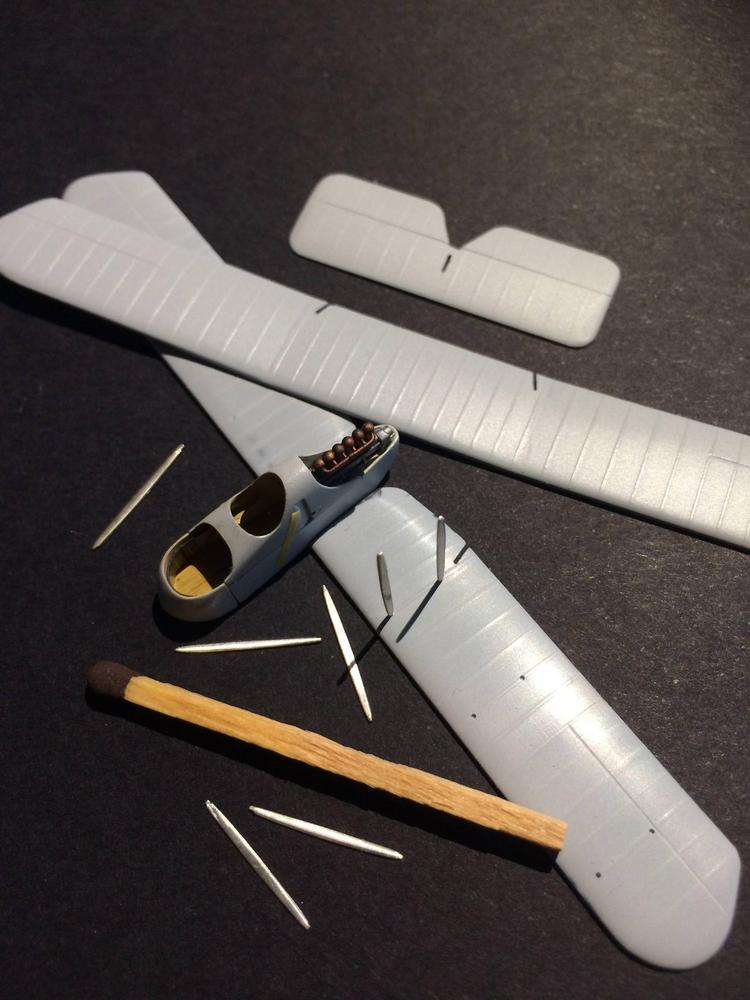 I was able to make a start again and posted the story so far over on the busy Britmodeller website. I had the good fortune to get some assistance from a chap there who owned the Wingnut Wings 1/32 scale kit, and he measured some of the key dimensions of the undercarriage struts for me. By dividing everything by 4.5x I could get the exact measurements of what was needed in 1/144.

The first part was the main legs. These are the beginnings of the racy looking Trafford-Jones style undercarriage. The core is .4mm nickel silver tube with a brass sleeve around it that was filed down to an aerofoil section. .2mm wire stubs get soldered into the end to locate them later on. The aircraft I hope to represent had the oleo springs exposed, so these were replicated with annealed .10mm wire. 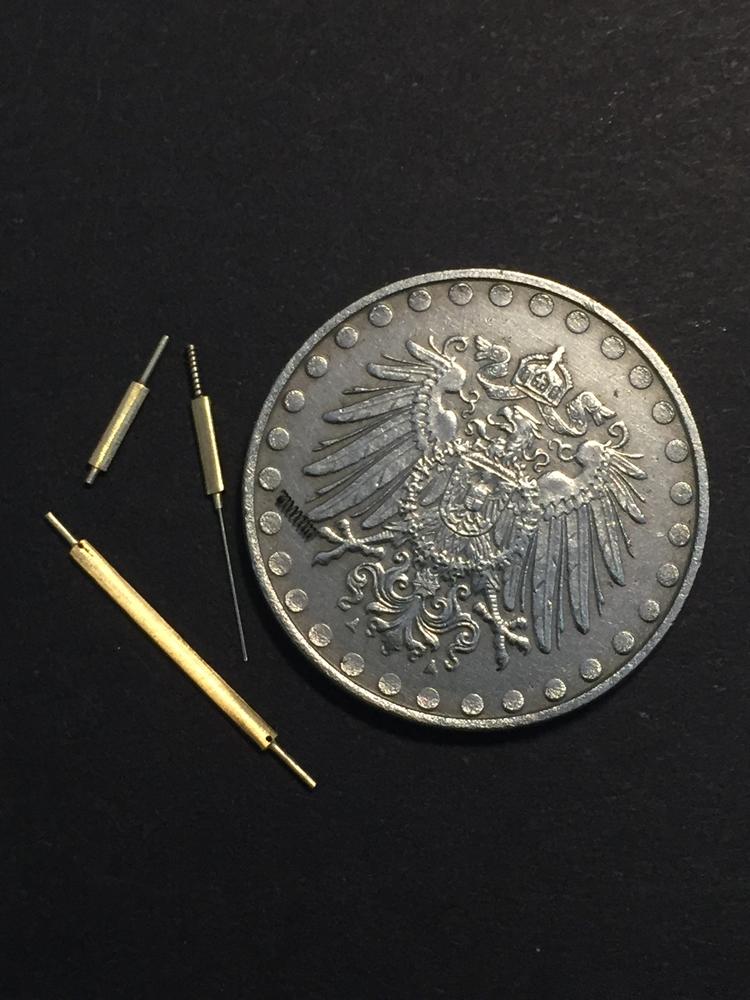 Then I soldered them together for strength an began to clean them up with thin strips of wet n dry paper to get into all the nooks. 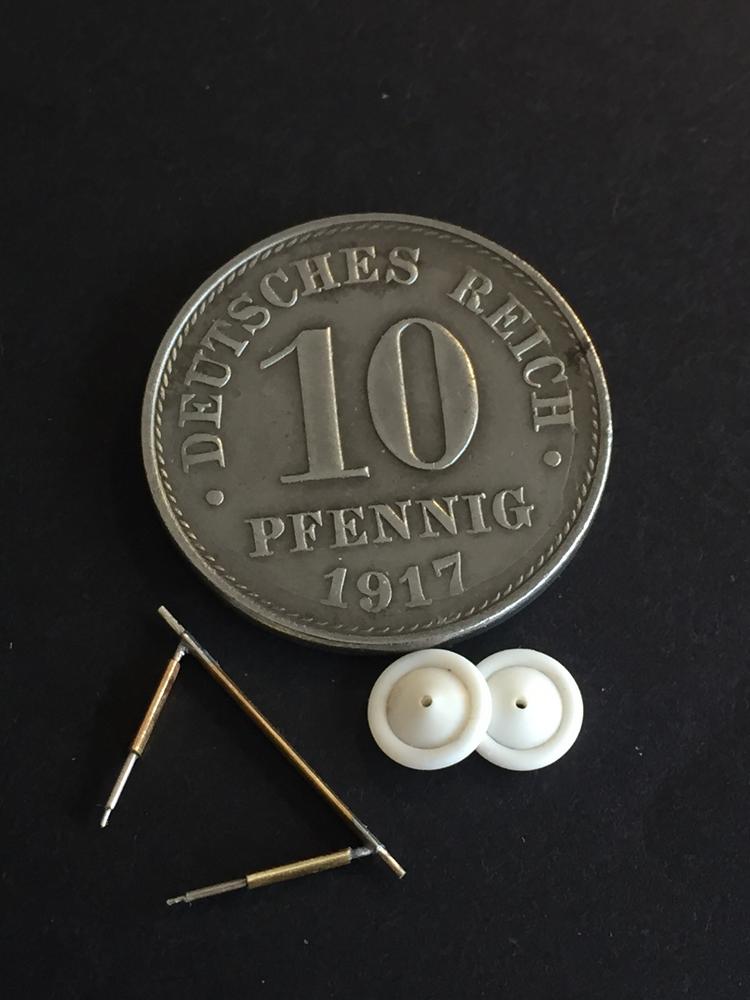 After the best part of a week (and an entire season of the Last Kingdom on Netflix) I managed to get the struts made and cut to length. 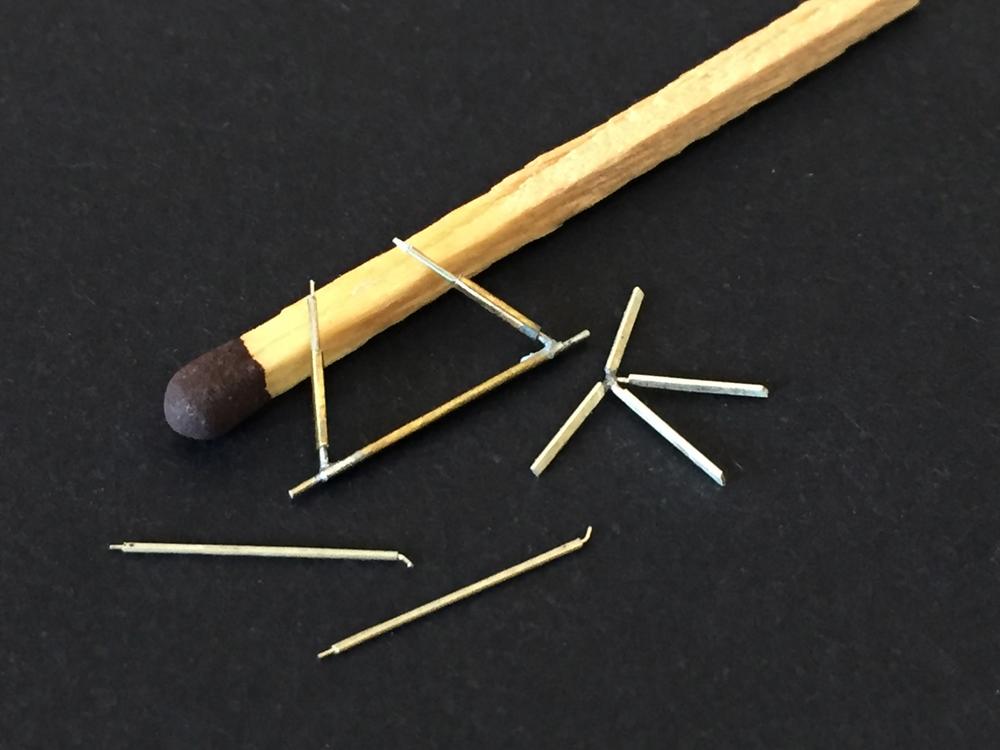 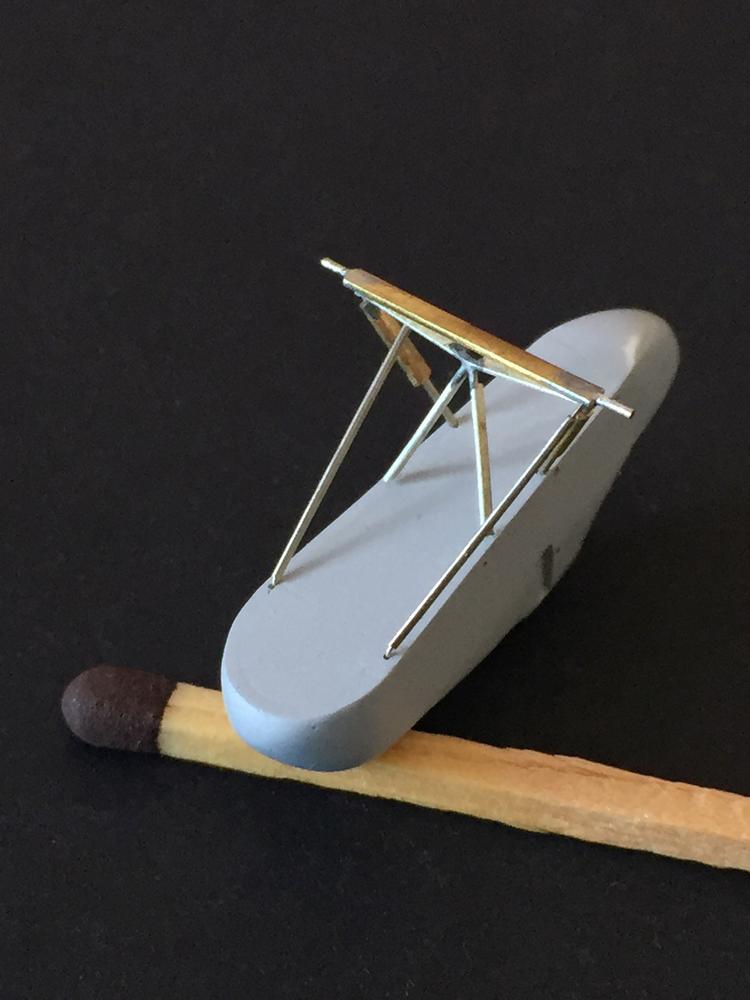 Some adjustments were needed, and the star struts in the middle looked a bit clunky without a proper aerofoil section so I superglued each face to a piece of styrene, then filed them one at a time. Much better! 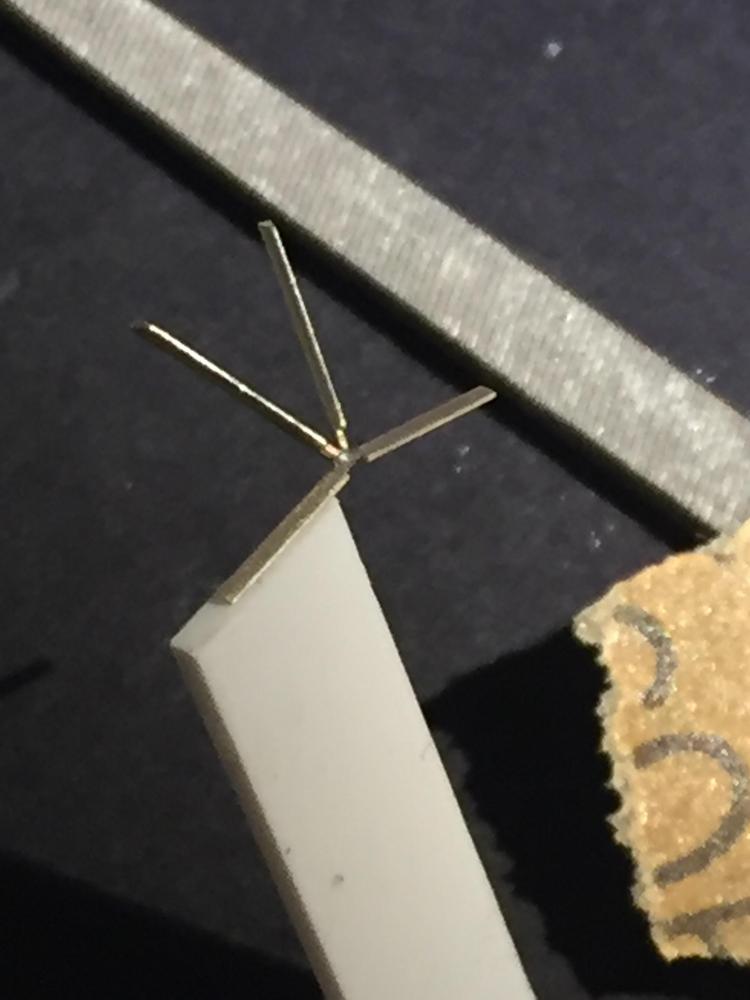 I really had to get the undercarriage sorted before I could move on. Otherwise I would be overhandling the thing trying to do it later. Once it was out the way I was free to tackle the outer nacelle. It was finally glued together and all the joins made good. Panel lines were scribed and the fasteners and whatnot embossed in with various bits of metal that were shaped for the purpose.

The stitching on the sides of the nacelle needs to be raised, so this was done in a similar method to the wing ribs. 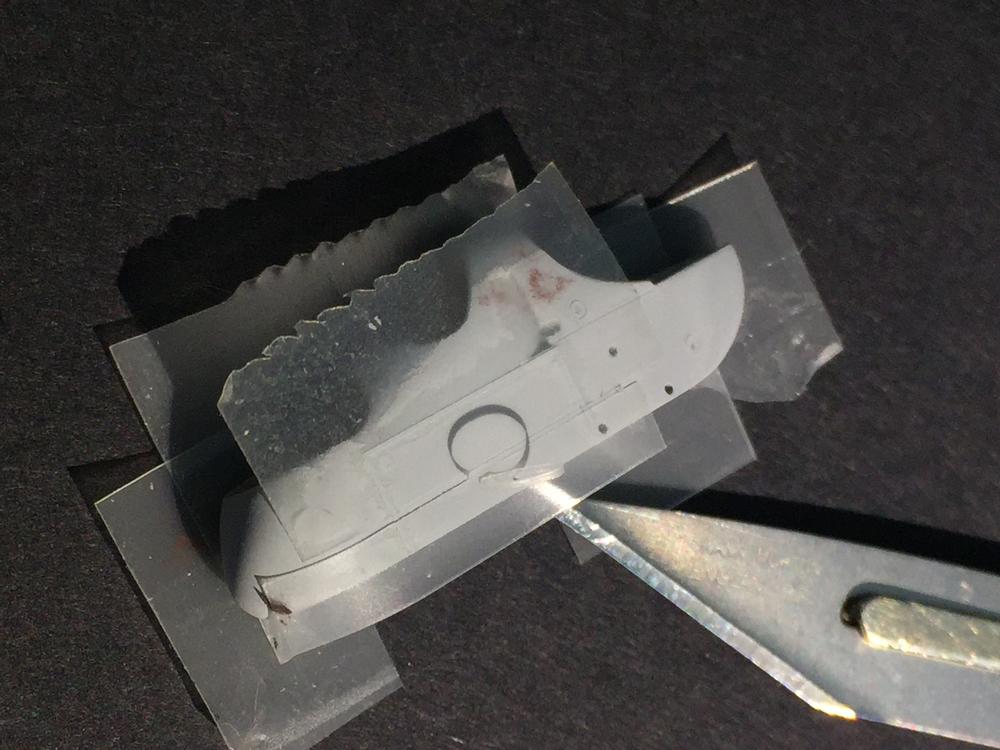 Once it was unmasked I had a bunch of raised lines. These were tidied up a bit and then dabbed at with the edge of a needle to give a bit of texture and hint at the stitching. 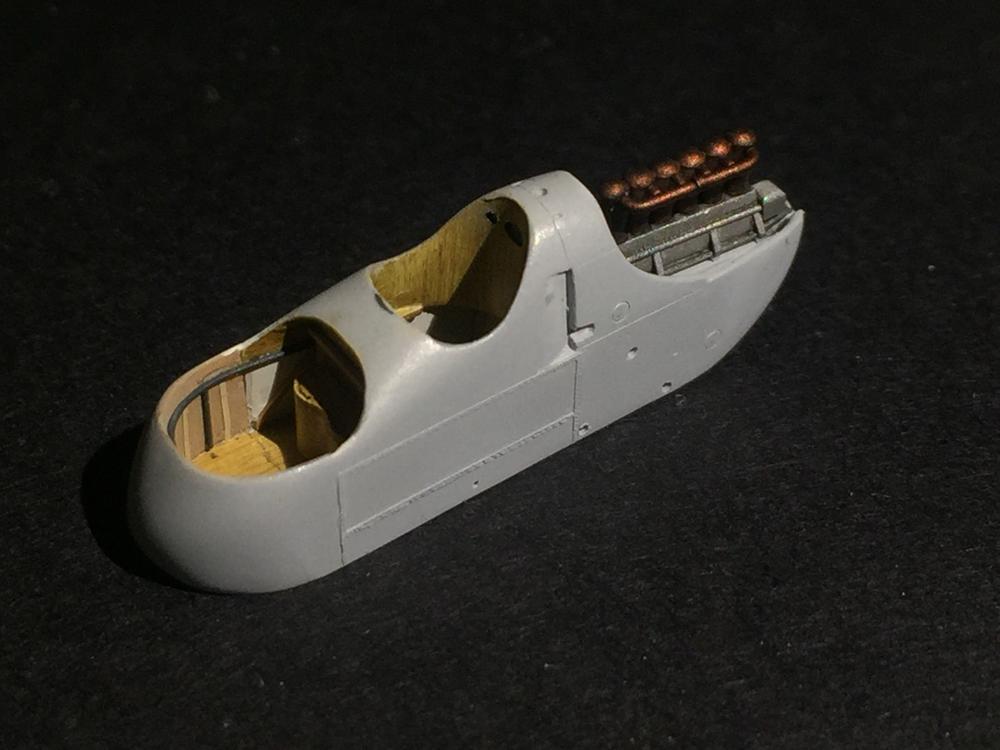 I say hint at the stitching, cos believe me... It's bloody small!! 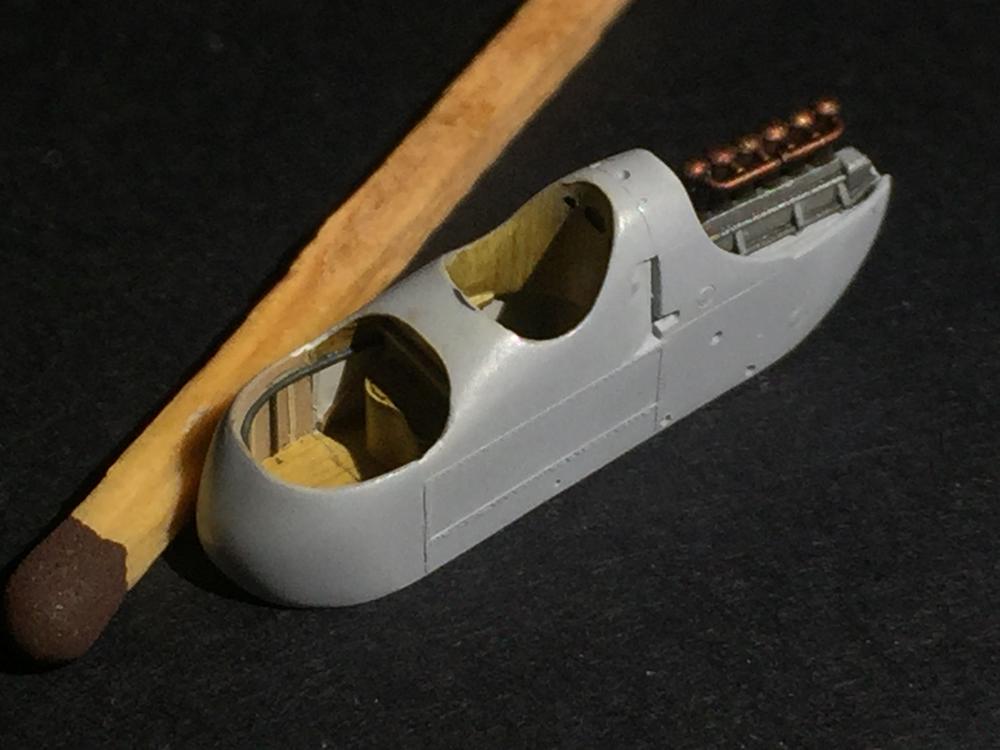 What can one say? Simply superb.
Sometimes having a break gives the subconscious time to mull problems over and come up with solutions that weren’t at first obvious.
A real show stopper.
Regards
Peter
Top

The result is astonishing! Whenever I look at your build progress it builds my steam and can't wait to get back to my project

So glad this one's back. I just sit goggle-eyed when I see work like this. Between you and Ondra, these WW1 creations are making me think both of you are related to Peter Jackson!

Also - I can fail but be impressed with your many coins for every occasion that make cameos in different builds!
Top

Thanks guys, I just hope I can see it through. I hate to think what the parts-count will be like by the end.

PB, you are right about the advantage of having time to mull things over. I often find myself having eureka moments if I run the task through in my mind often enough. Marudek, that is the nicest and most motivating thing anyone has ever said to me - thank you!

Smeg, I can only dream of having the ear of Mr Jackson. If I could I'd be nagging him for a series of Wing Gnats along the lines of the wings of glory range

PS: ajmm, there's more coins just waiting to edge their way into the appropriate shots too. Including a Polish copper from 1939, a couple of Benito's finest and a 2 Franc piece with Guynemer on one side and the Stork emblem on the other...!
Top

Nearly forgot. My $2.50 6x magnification reading glasses came in the post on Thursday... 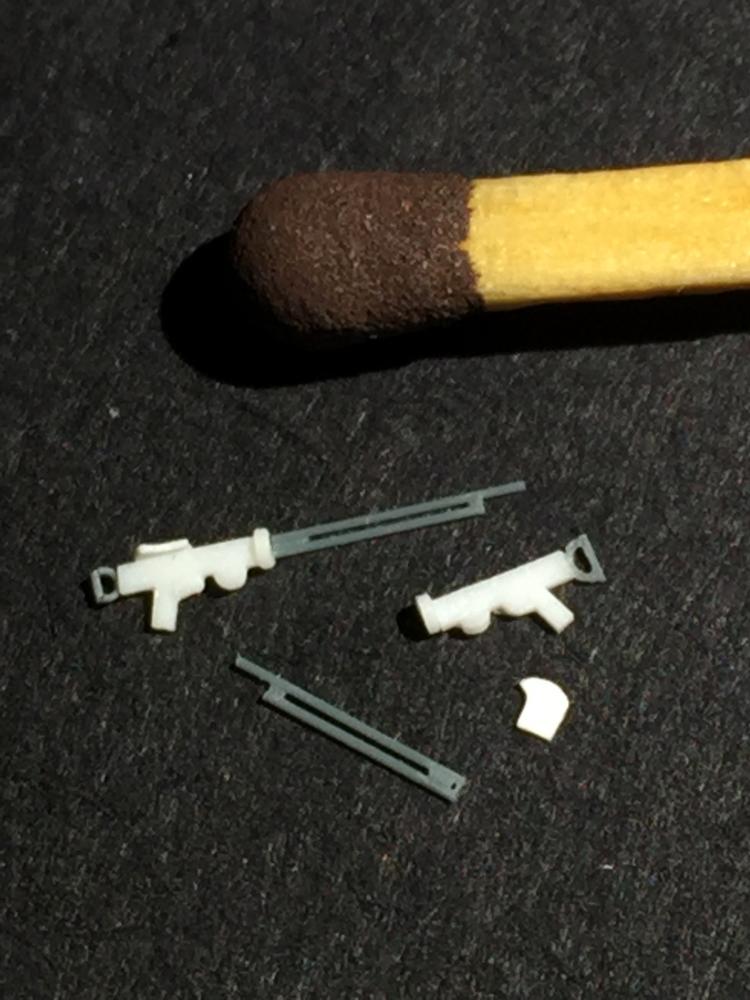 I will never understand how you can cut plasticard easily and crisply as I seen in the photos. For the rest I have just one word: MASTERPIECE.
Top

Even if - as increasingly suspect is the case - you are in fact only 2cm tall, this would still be wildly impressive work. I’m also just impressed with how consistently you cut plasticard. Asked to make two breeches smaller than a match head, no way would mine be remotely similar let alone indistinguishable!
Top

Actually, F_IV is a normal height. It's just that he has found a shop that supplies coins the diameter of car wheels and 7-foot high matchsticks.

Users browsing this forum: No registered users and 15 guests