A place for you to be able to put newly discovered links or websites, or even plain old tried and trusted favourites!
Post Reply
7 posts • Page 1 of 1

Knowing that some of you frequent Facebook and other such social media more than I do, are there any other good 1/144 facebook sites/blogs etc?

In late 2018, I did relent and rejoin FB, albeit in a fairly limited capacity to avoid being flooded with "friend requests" from people I'd cross a lava-filled ravine to avoid in real life (no-one here, of course). One guy's work which has appeared on a number of 1/144 accounts is Blitz Build, who appears to hail from Chile.

Well worth a visit to see some excellent modelling skills on display, including several great little scratchbuilds. Clearly, he loves all things Luft 46 and seems to have built everything in that genre produced by Anigrand. Even come up with some very imaginative camo schemes, with this Junkers EF.132 a personal fave. Most unlikely in reality but stunning nonetheless.

Delighted to see one of my "wants", the Fw42 Ente which only ever reached the stage of air tunnel testing on models several years prior to the start of WW2. Not Luft 46, of course. Rather, Luft 33. He has built two thusfar, both 3D prints.

I gave up on 1/144 so-called 'Modelling' groups, as these tended to be dominated by collectors of Gashapon models. Often, these would be presented as being worked on, (when I knew they hadn't).
Few, if any Groups, were effectively moderated, as it appeared that the size of the membership took precedent over what was actually posted.
When my own work was criticised for being too 'complex', and I found members claiming my finished items as their own, I decided to delete my input and leave.
It's my madness that keeps me sane.
The Modelling Man Cave: https://sites.google.com/site/themodellingmancave/home
Top

i understand your frustration, in my eyes, that not real modelbuilding.
i have posted a joke about that somewhere.....oh, here it is 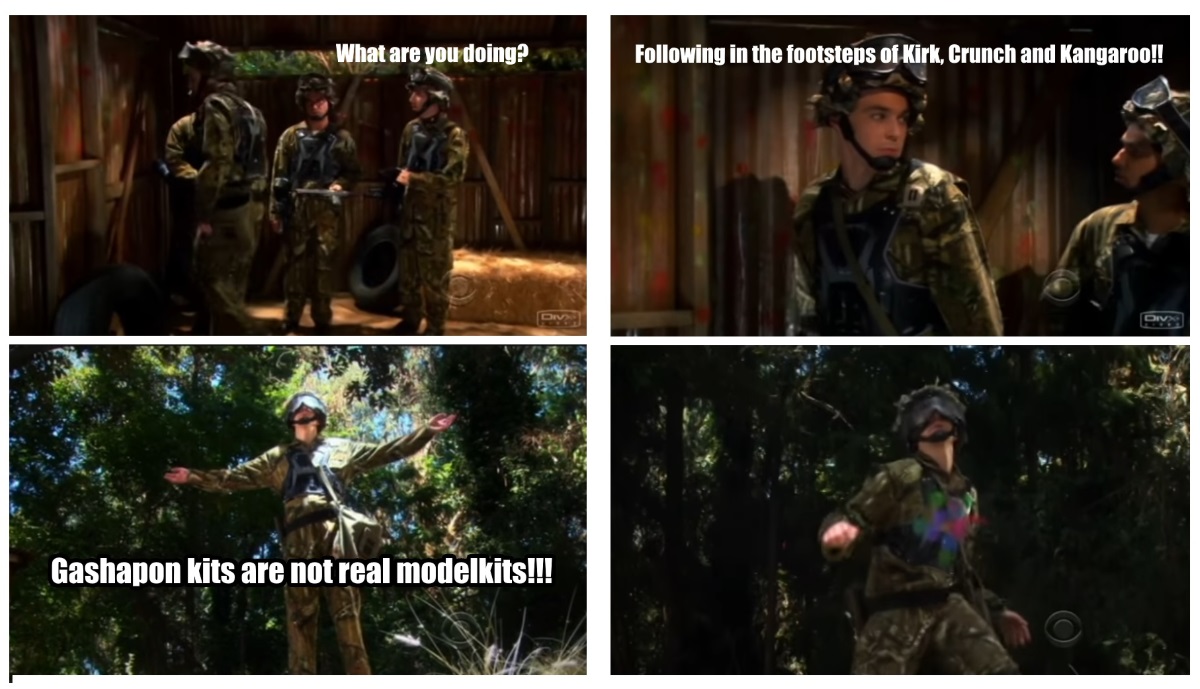