Greetings from the Midlands, UK

Greetings from the Midlands, UK

Hey folks, I've been reading the forum for a couple of years now (since I started scale modelling again) and am glad to finally be able to join.

144th is quite new to me as I mostly did 72nd kits, but space is now an issue for me and enough of the vehicles I'm interested in are available in 144th so I made the switch. I'm mostly interested in Soviet Cold War vehicles (ground, sea, and air), particularly in the service of Middle Eastern nations and the GDR. I'm also a big fan of WW2 Italian aircraft, which are unfortunately quite under-represented in 144th.

My current long-term projects are the Pakistan Air Force, the Egyptian/Syrian Air Forces, the LSK (air forces of the GDR), and the Regia Aeronautica & Aeronautica Nazionale Repubblicana - the Axis-aligned Italian air forces.

I work at an absolutely glacial pace compared to the users of this forum, but I look forward to participating as and when I actually make progress on the many WIP kits I have going. I also of course look forward to learning from you all, as my skills aren't even a tenth as good as what's on display here

Here's a couple of my most recent builds:

L-29 of Egyptian Air Force (Mark I Models) - first time using a rattle can to paint a kit (hence the buggered up canopy - oops). 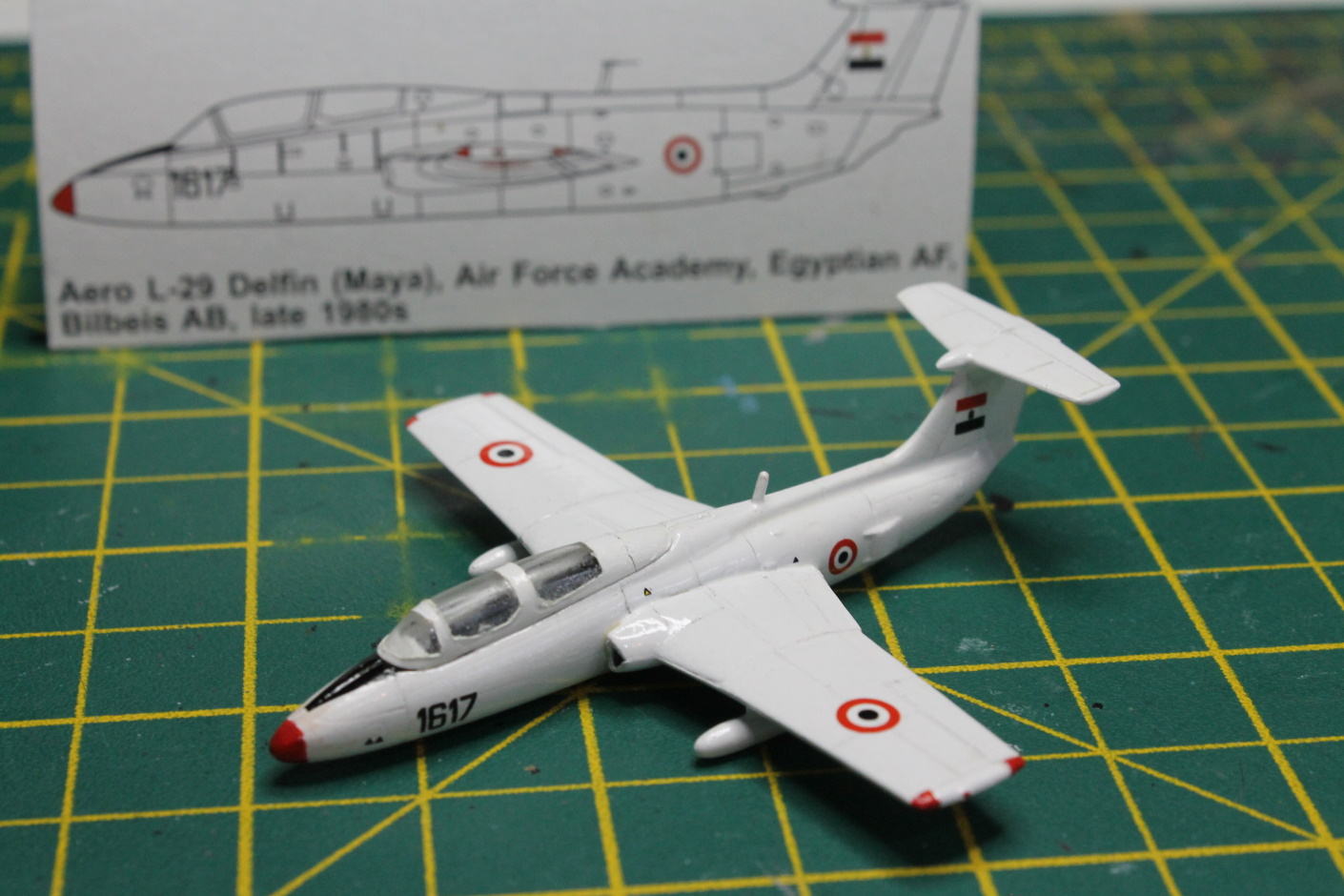 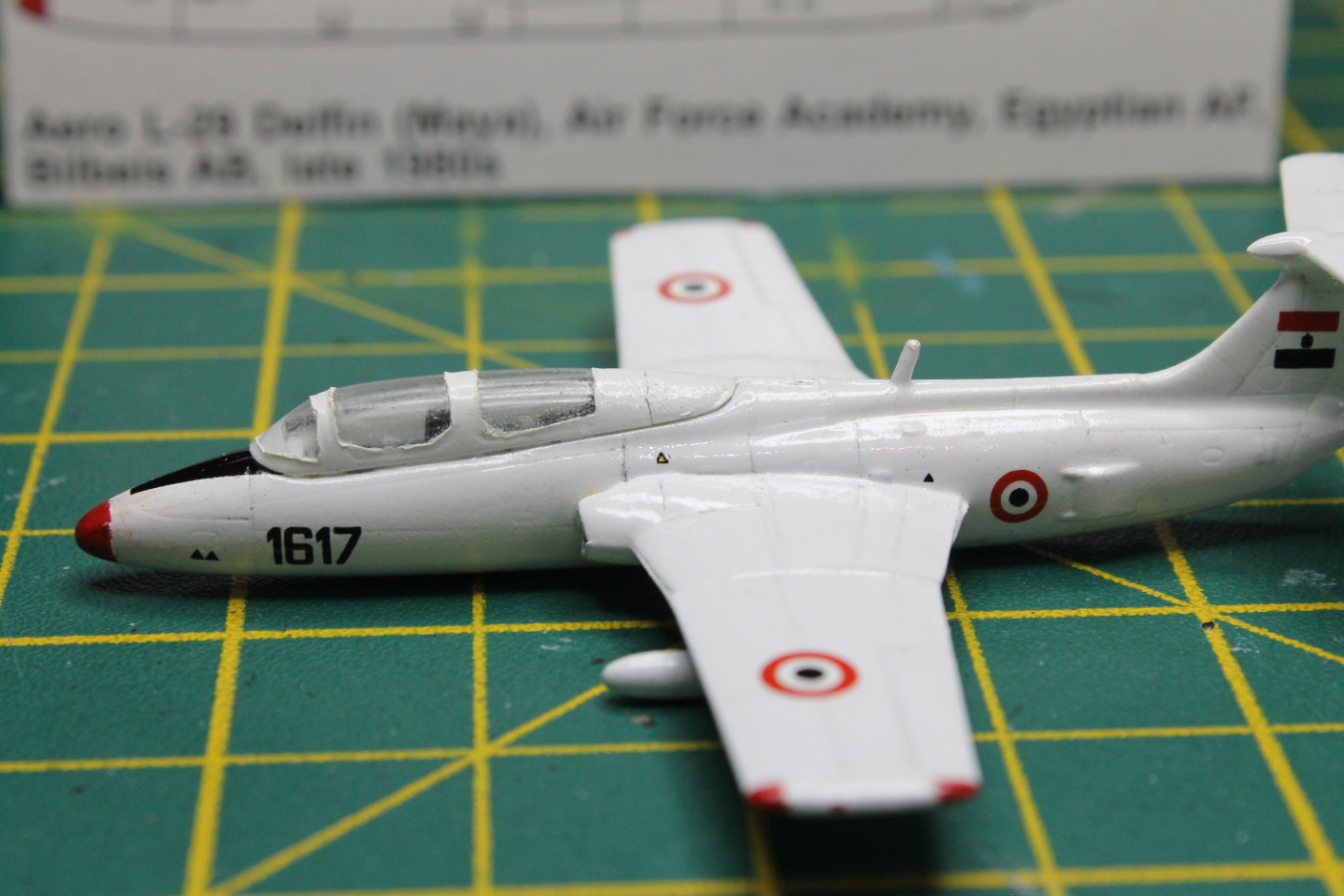 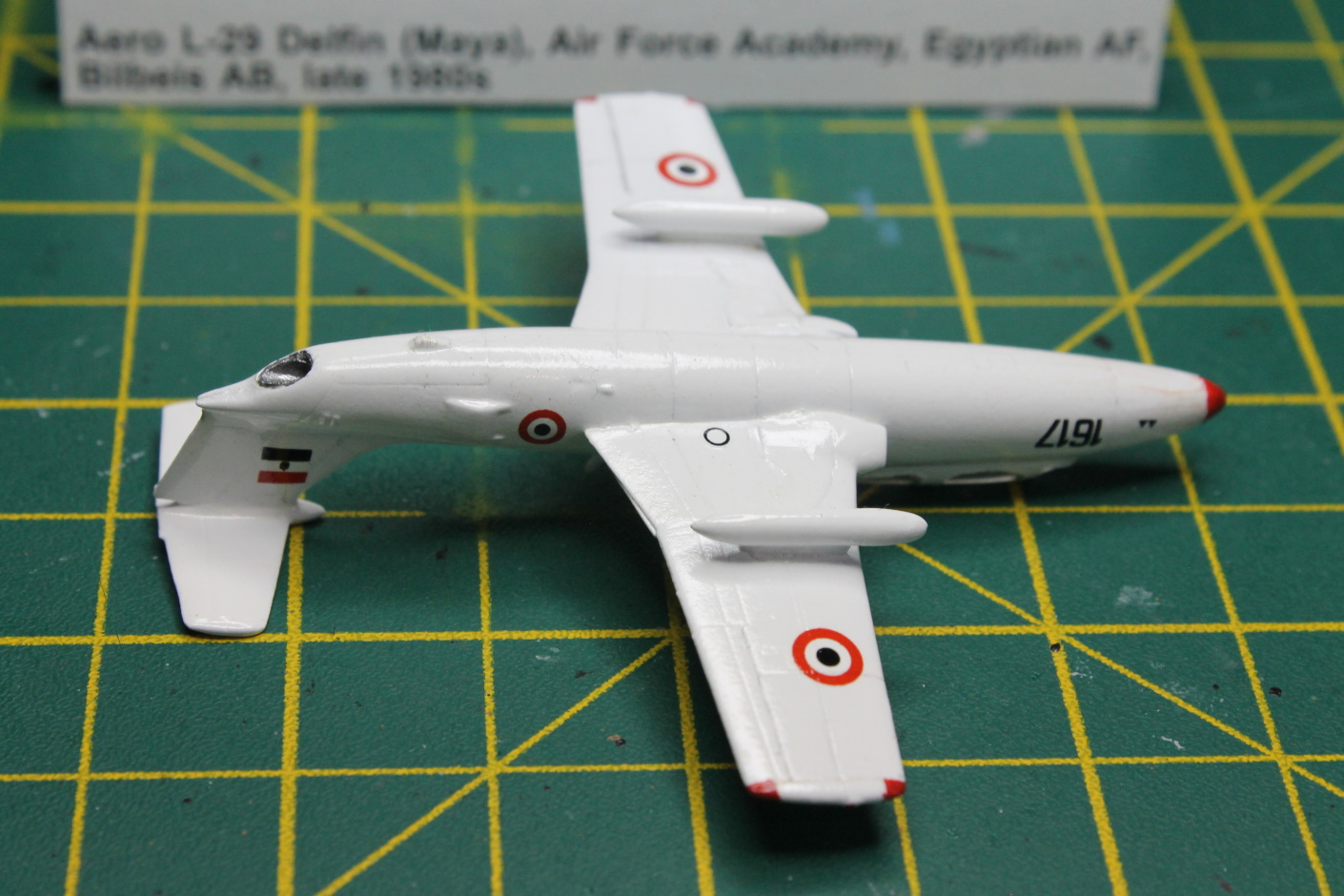 MiG-21 SMT (Attack) - this was a camo testbed for a future Finnish MiG-21. I managed to lose one of the main gear assemblies immediately after making it, so in an effort to disguise that I made a little scene of it being propped up on some logs in a field somewhere. 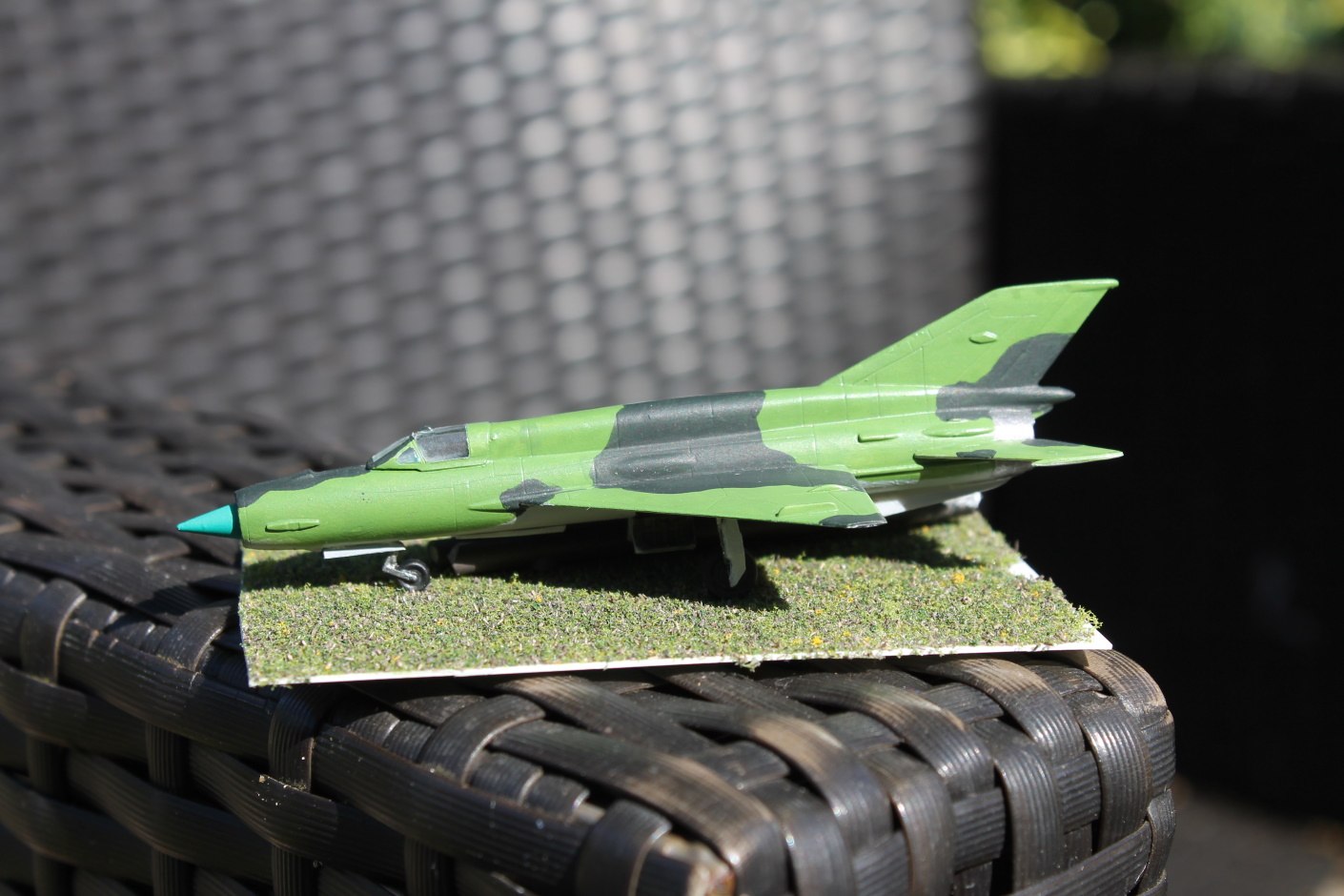 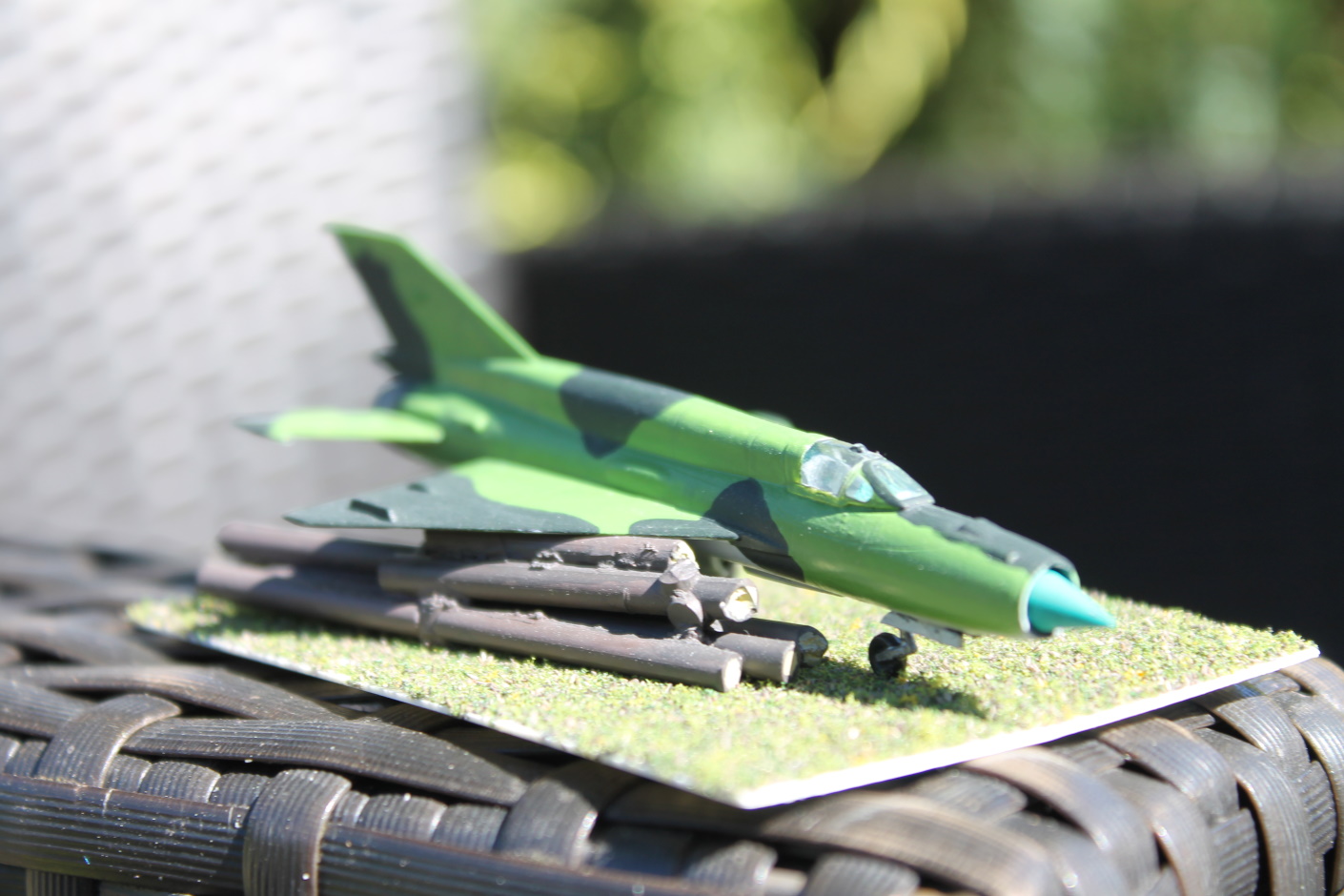 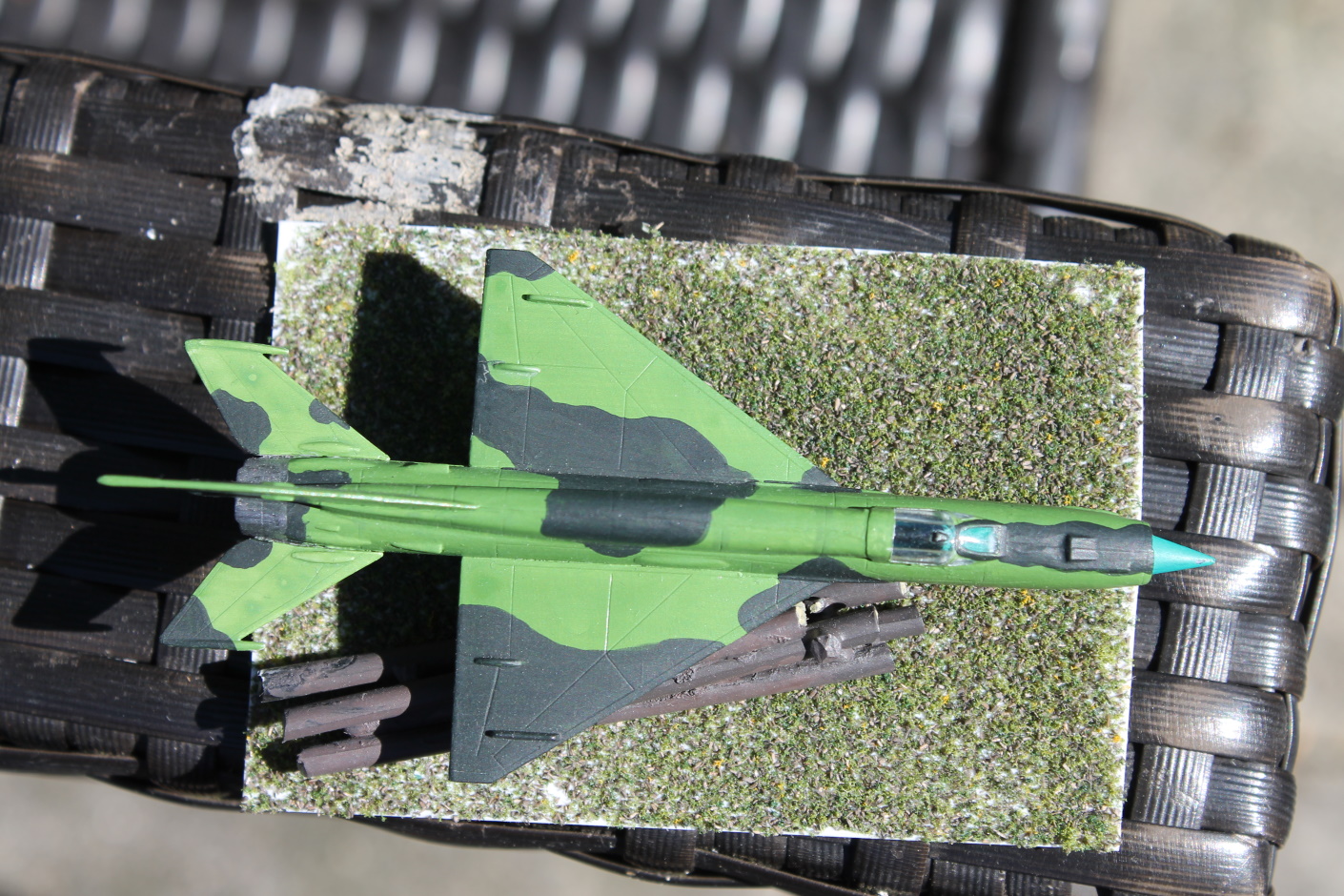 And a warm welcome from me, too. Rattle cans aren't the easiest when dealing with models of the usual dimensions encountered in 1/144, so you've done well there. Not entirely sure I'd be posing any of my models on the arm of a chair, though. I do a good enough job knocking them off the workbench!

A big welcome from me too, to complete the Australian trifecta.

Love the Delfin too by the way. Don’t hesitate to show some more!
Top

For some reason the Aussies seem to be up all night! It's a welcome from here in Devon too. Nice to see some smaller air forces get some exposure. I too use rattle came but you do have to be extra careful with the masking.
David in Devon
Top
Post Reply
6 posts • Page 1 of 1