If it relates to Terra Firma, wheeled, tracked or booted - man or machine on the land - it goes here!
Post Reply
11 posts

This is Dragon's M270 MLRS, which I'll be doing in a Finnish scheme.

Here are the pieces: 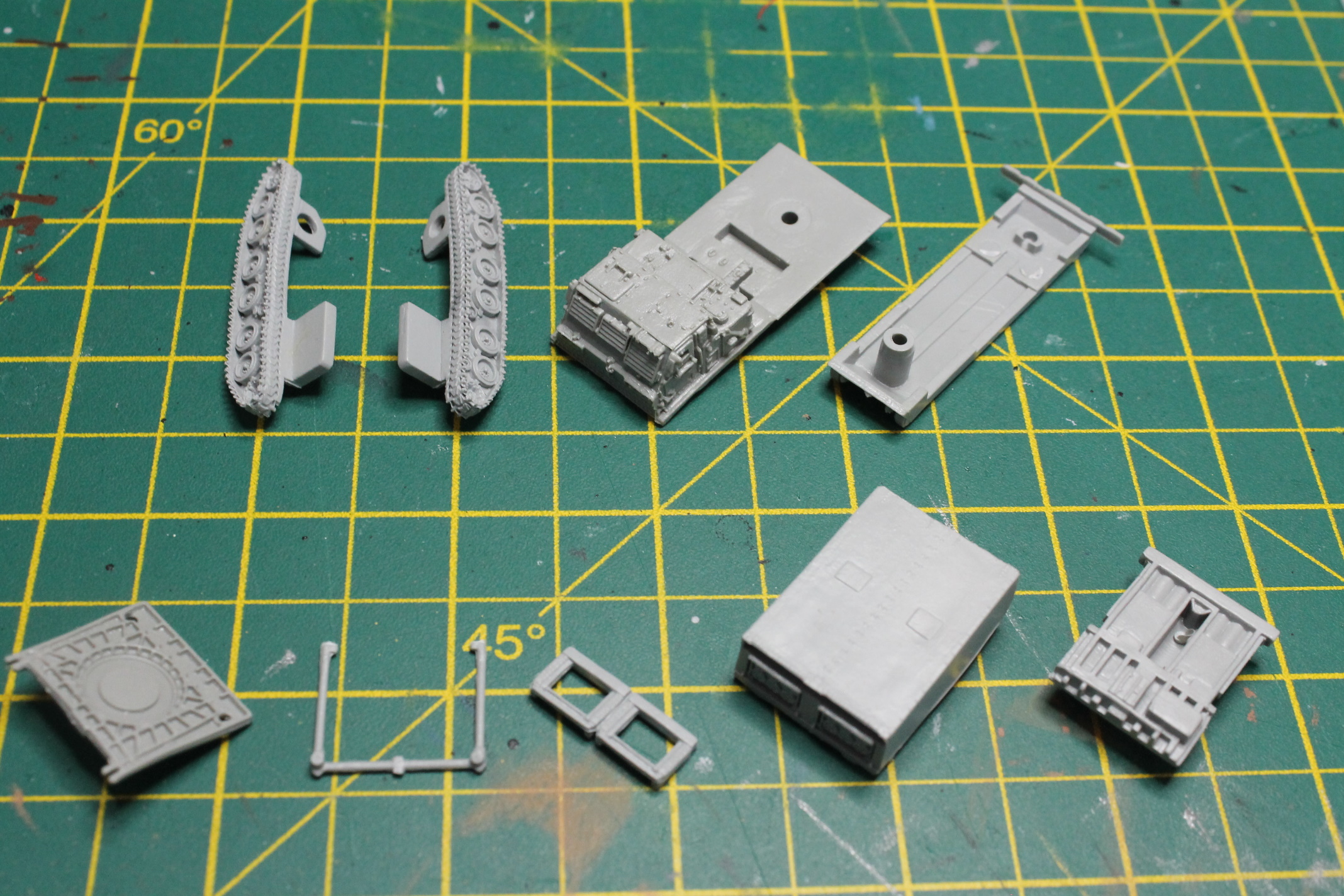 The moulding is decent for the scale and the level of detail is good, with the only real downsides being the distorted edges of the launcher piece and the amount of mould lines to clean up. The plastic is fairly soft, and the tracks are moulded from a different, slightly rubbery plastic.

There is also some photoetch included for replacing the front window slats & a grille on the side should one desire. I won't be doing that because the detail is already perfectly good to my eyes: 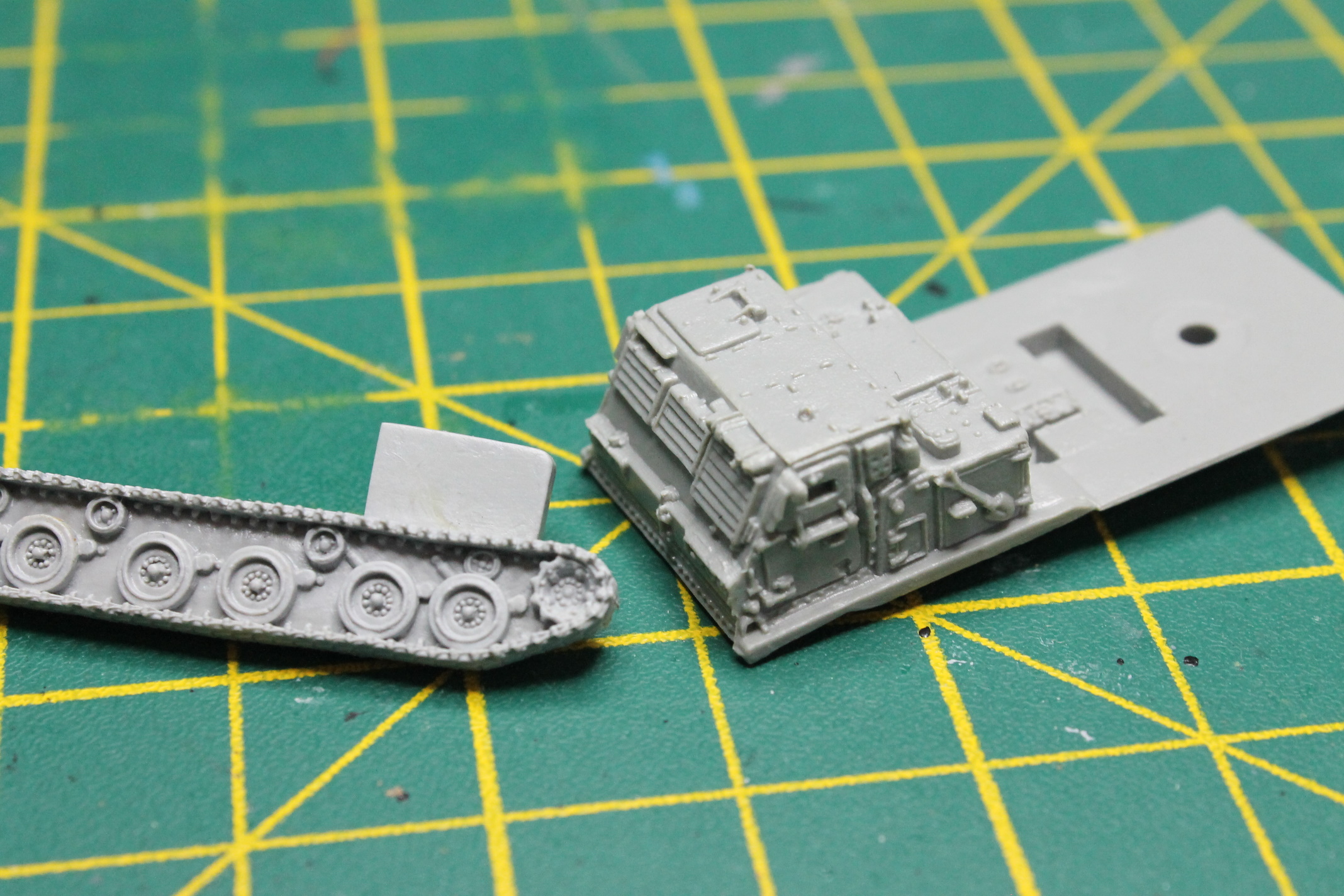 It builds up easily with the launcher in the transport configuration, and with some difficulty you can even get it into the firing configuration without gluing anything:

I painted the tracks today: 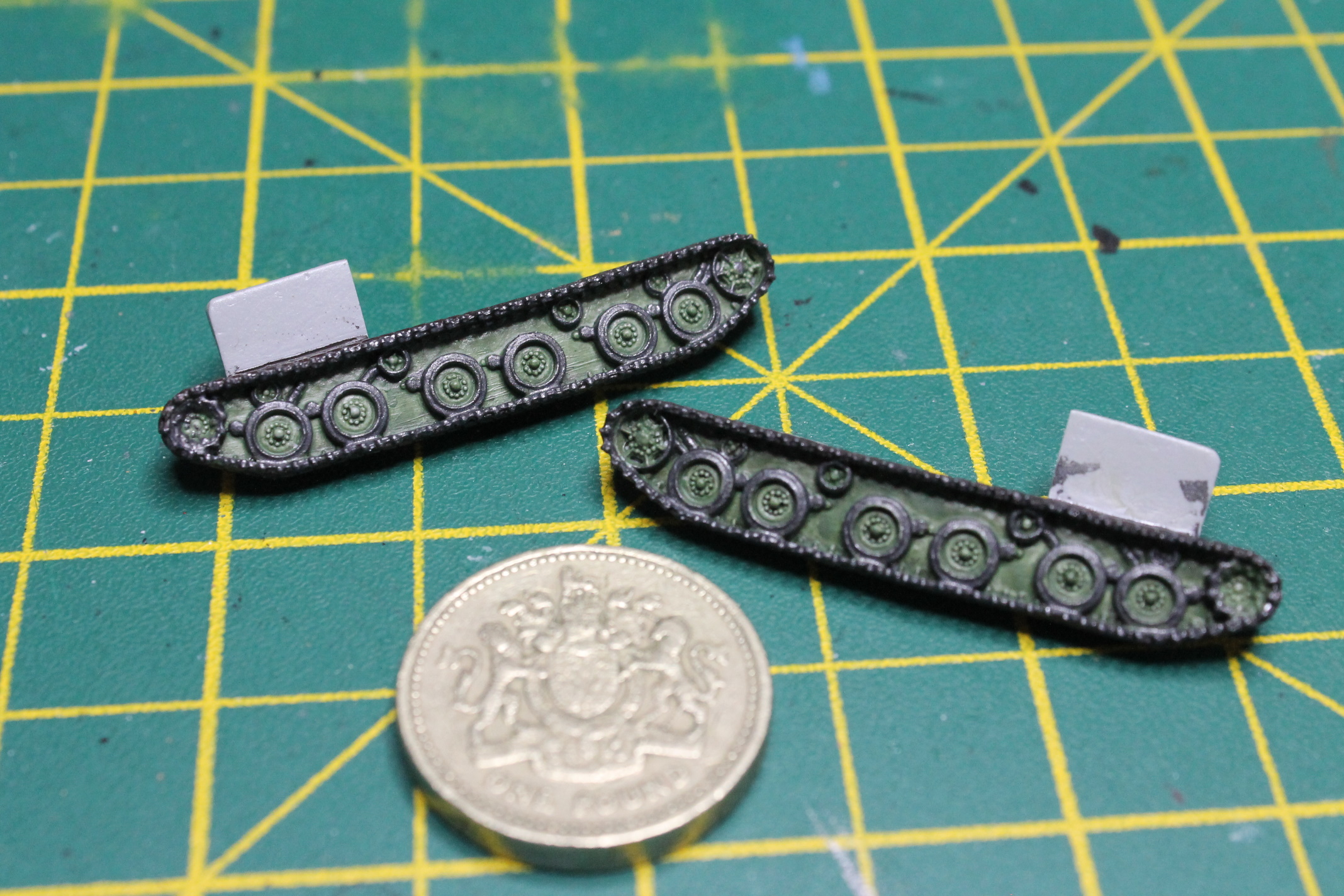 They look a bit too metallic to me, so I'll go over them tomorrow with something a little darker.

And finally some questions. I suppose a matt coat would be useful here to get rid of the shininess? Does anyone have suggestions for a matt coat that can be applied with a brush?
Top

Vallejo 70520 matt varnish is my choice for both 1/144 aircraft and 1/35 armour. You can easily dose it with water and even concentrated it leaves you the tiny little bit of shine typical when looking at the real thing. I haven't done any 1/144 armour, though . . .
Top

Why brushing? Get a spray can of Tamiya Flat Clear or equivalent. Shake it well for 4-5 minutes to be sure it's properly mixed before spraying.
Military vehicles cannot be shiny except when wet just after a rain...
Top

I'm reasonably happy with the camo on the chassis given that it was painted freehand. Not so happy with the camo on the launcher which I masked, as I had issues getting sharp lines, sharp corners, and generally keeping the Tamiya tape stuck to the surface, which meant I had to settle for a simpler camo pattern than my reference photos showed. My workaround for the issue of paint building up along the edges of the tape was to use a fingernail buffer (effectively super fine grit sandpaper) to work them down.

A few more details to create (mudflaps) & paint (lights, spade, grille), then I can topcoat it whenever my TS-80 order arrives.
Top

That looks really good already, striking camo!
Is that a special thing, your fingernail buffer, or is it just very fine sandpaper you fold to purpose? I used kitchen or toilet paper in different qualities (cheap is hard

) for that purpose (yes, and it must be UNUSED and dry

I got a bunch of them from a friend after it turned out that most of them were water damaged, and thus unusable for her. Even in a damaged state they work better than kitchen paper which I've also used in the past (my main issue with that was little bits of fluff getting on the kit).

They're also useful for getting a smoother finish on brush-painted metallics, as in my experience Revell & Vallejo's metallics often end up really bumpy compared to their other non-metallic paints, so the buffer helps to flatten it out a bit prior to a clear coat. You can also use it to lightly blend recently painted colours into each other as seen on the lower border of 99/717 here.
Top

I love the contrasting colours in the camo. The bright green reminds me a little of what the French used on some tanks, most notably the Char B1-bis before and during WW2. And those schemes were often 3 colours, too.
OTB ...
GB13 - Late 298 (Aeronavale), Bf109E-3a Strela (Bulgarian AF), ČKD LT vz.38 Praga (Slovakian Army)
Top

Sutch, thanks for the explanation!
Your pic's quite convincing; the link currently doesn't work but they also sell on Amazon
Fritz
Top 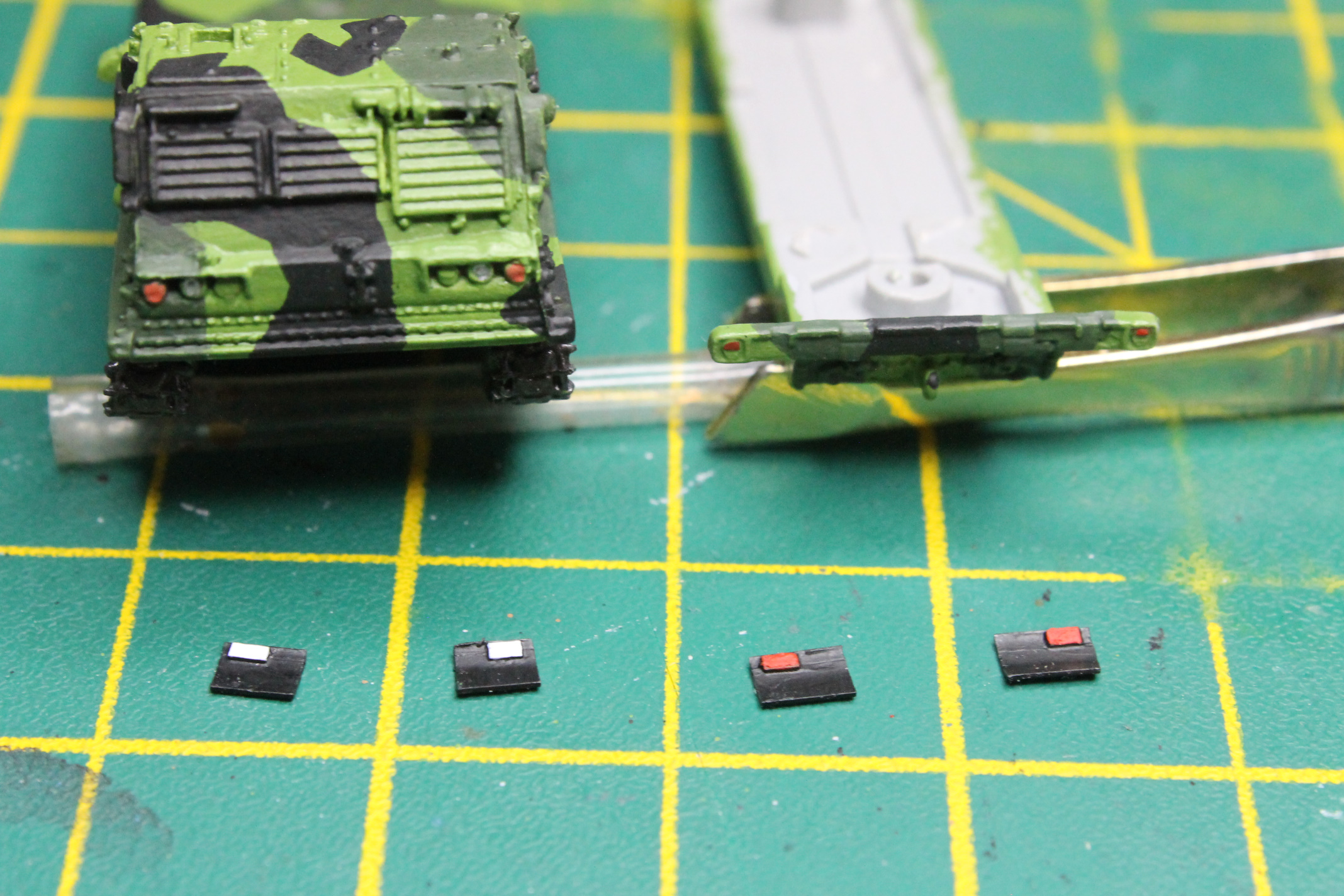 And then suddenly it all comes together and you have this:

Reasonably happy with it overall despite the various mistakes - I messed up the decals, I think I used too heavy a coat of TS-80 as it ended up stripping small amounts of paint from corners of the model, and I got bits of superglue on the back of the launcher. I also noticed when I put it together that the right-hand tracks were a bit wonky, but that's only visible when looking at it from the front.

Any criticism/advice regarding mistakes welcomed!