If it relates to Terra Firma, wheeled, tracked or booted - man or machine on the land - it goes here!
Post Reply
6 posts • Page 1 of 1

Somewhere on a misty, rain-sodden airfield in Lincolnshire.*

I've come to like putting vehicles and ground equipment around my aircraft when I photograph them - I feel it brings the scene to life and gives a sense of scale. After completing my Fordors (and quite enjoying myself) I decided I needed the RAF equivalent - the only option being from this Shapeways seller. I know that the RAF mainly used the Hillman (rather than the Austin) and this scheme is pretty bogus on lots of counts (colour, markings etc.) but I had quite a lot of fun doing this over a couple of evenings all the same.

It is a tiny little thing. I actually wondered if it was underscale but I think it is actually not far off - maybe a smidgen short in the height department, but basically faithfully 1/144. Austin 10s are tiny, it turns out! 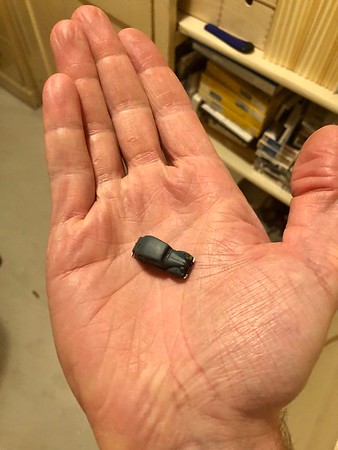 As usual there are lots of striations to clear up, many in tight spots or where overzealous sanding risks whipping off wing mirrors and door handles. I thought I'd done a good job but the photos show a few more left on the doors. 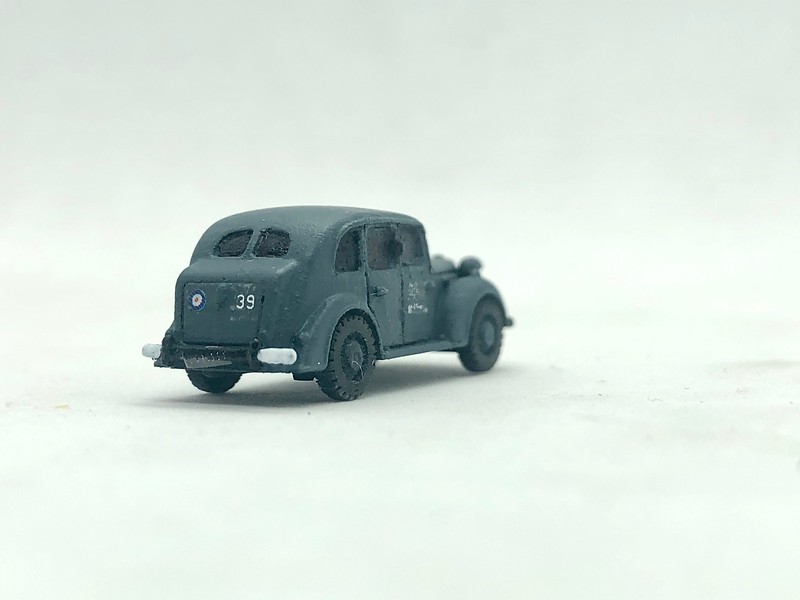 Paint was Hataka (lightened, or it is too dark), decals were I-94 and Lilliput Air Force (which does a set of decals for Willys and Austin 10s).

* if you’re curious as to why Bertram here appears to be rehearsing for the Squadron performance of Othello, the simple answer is that I haven’t yet painted his friends (really, he does have some despite the closet amdram). Armory’s raf crew. Beautifully cast.
Top

That's a little beauty, Angus. For something this small, you'd have to go with the highest resolution material from Shapeways to show the excellent detail and minimise surface prep.

As for Bert, I'm glad you explained the background to his gesturing. For a moment, I thought he may have become disheartened by the Allies' progress and was practising his Germanic saluting!

Beautiful little model! And I fully agree, little extras like this make a lot of a difference when setting models in scene for a good photo!
Top

Thanks guys! Yes it was the highest resolution material - whatever Shapeways now call it.
Top

Lovely job.
Now to really test your eyesight how about adding the RAF codes along the edges of the bonnet!!!!???
Regards
Peter
Top
Post Reply
6 posts • Page 1 of 1