Due to various combinations of circumstances, I significantly slowed down my work on the models, the real ones, so the question is what and how much I will end up in group build.
But that's why I worked a lot in the virtual field and that's how another interesting 3D project was born, and actually is in print.
It is a well-known landing craft from WW II, and I somehow missed it with the already made LCM 3.
Classic sequence, found blueprints on the net and got to work.
Few problems with the lines of vessels that are notorious in AUTOCAD are not very tame and obedient.
There are some inaccuracies but in the end when I saw that these were measures below 0.1 mm I ignored them.
In order for the print to look as good as possible, and yet not to give a fortune for the matchbox, I divided everything into three parts, actually four, but there are three elements in the print.
The first is the hull with the interior to deck level, then there is a ramp, so that it can be placed in a raised and lowered position and the third part is the deck, as the front is long and narrow at the top is reinforced with a removable bar on which I put and propeller so it is better to print but also easier to color.
There are also two 7.62mm/cal 0.30 machine guns on deck, which are located at the stern, they are without barrels, the barells will be made from medical needles.
Here is the 3 wievs and 3D exploded renderings. 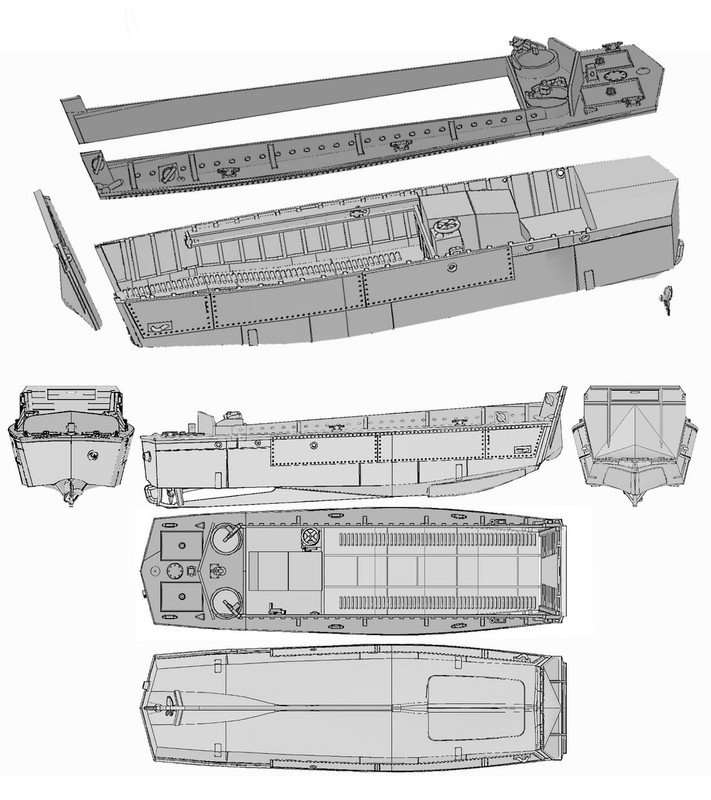 This looks great! I so wish I'd taken the opportunity to learn Autocad 3D or similar.