I've started this kit a few days ago! My plan is to follow the layout of the supplied base, but have its interior slightly more detailed. I am using 3mm MDF as my main building material, so I need to make small adjustments to the dimensions supplied in the kit instructions.

Here are a few photos with my progress:

I've started building a frame for the base. 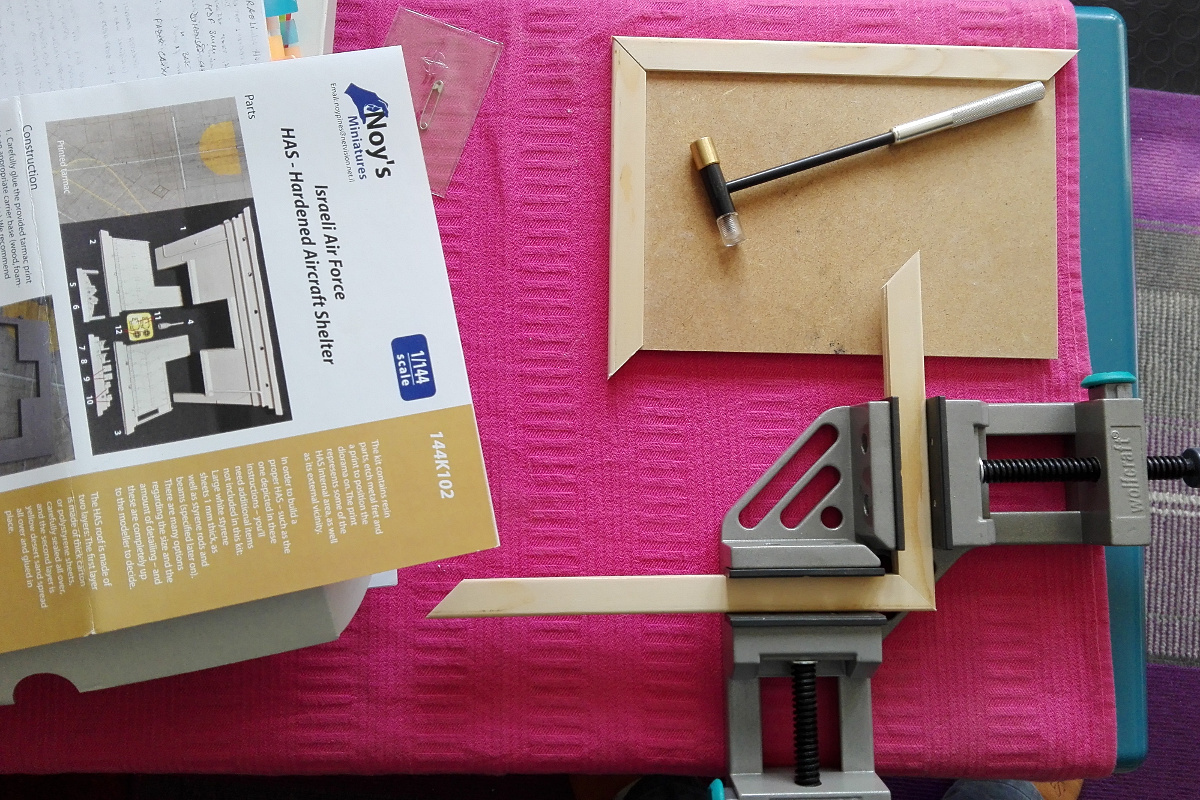 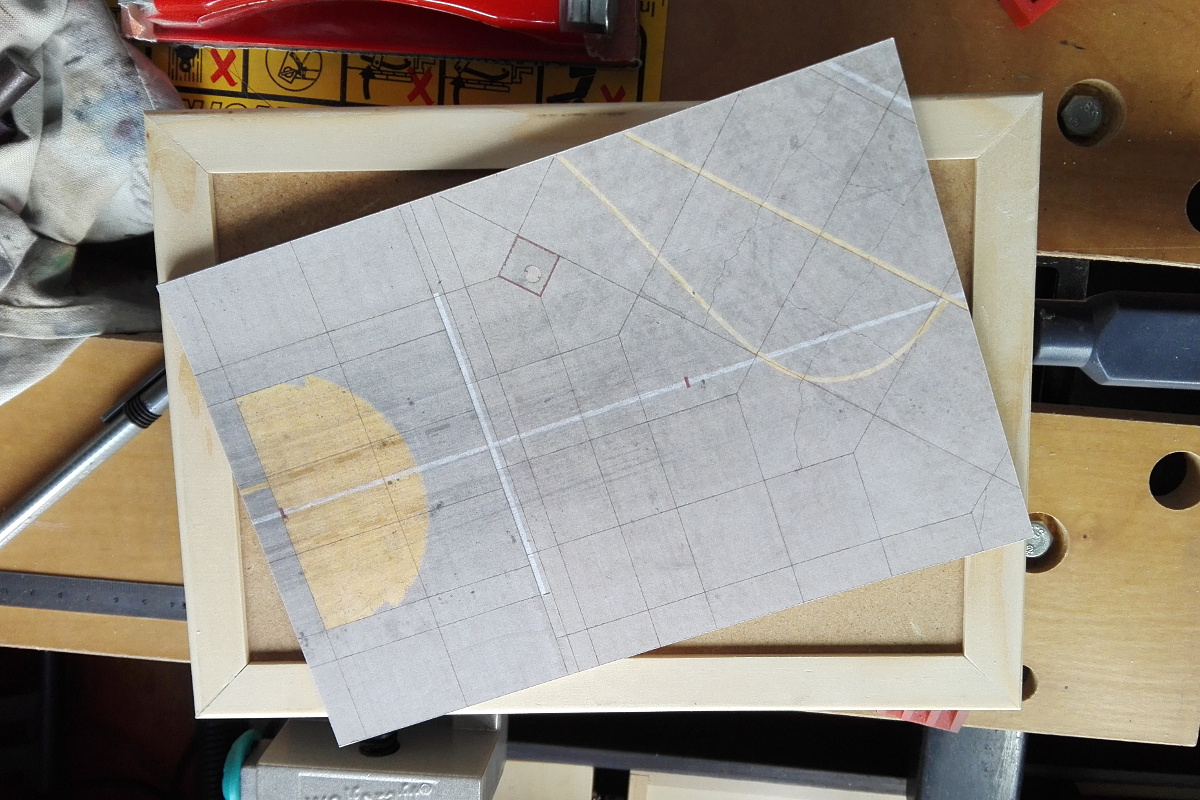 I copied some reference lines on a 3mm mdf board (I'm going to glue the printed card base over this board) to plan the base layout and to assemble over it without damaging the printed base. 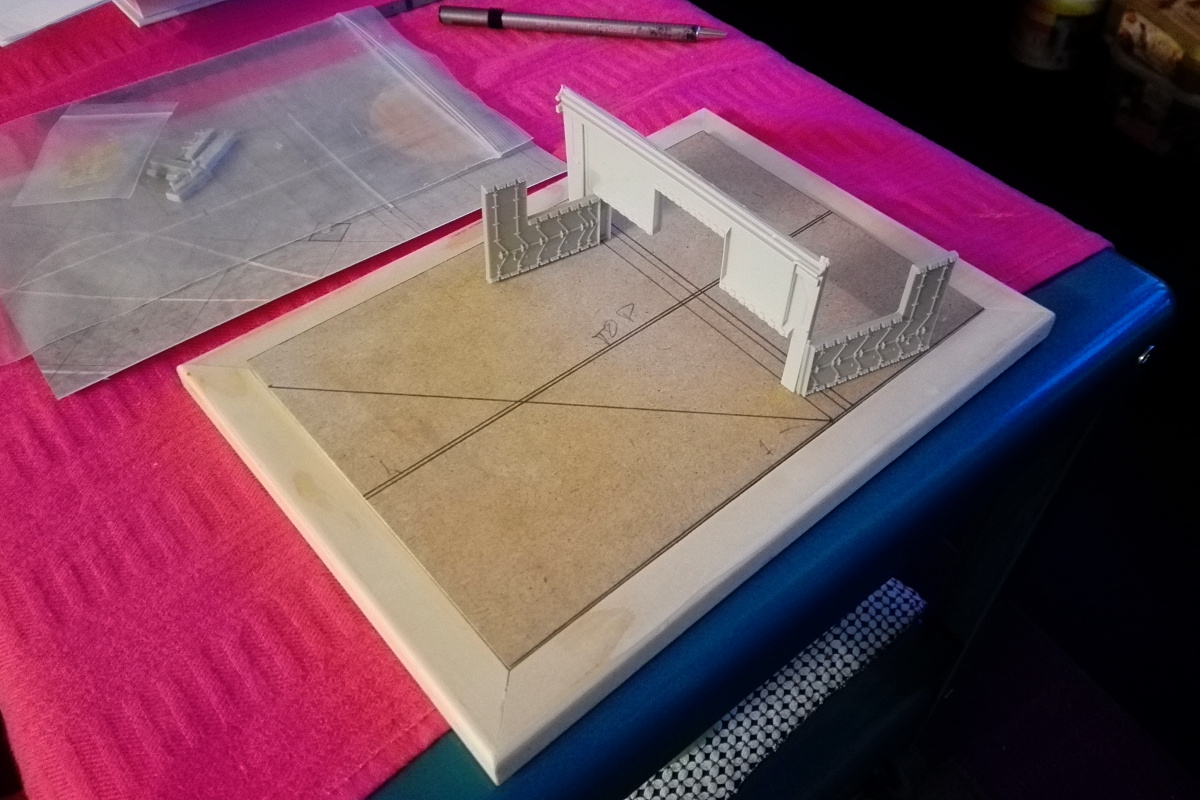 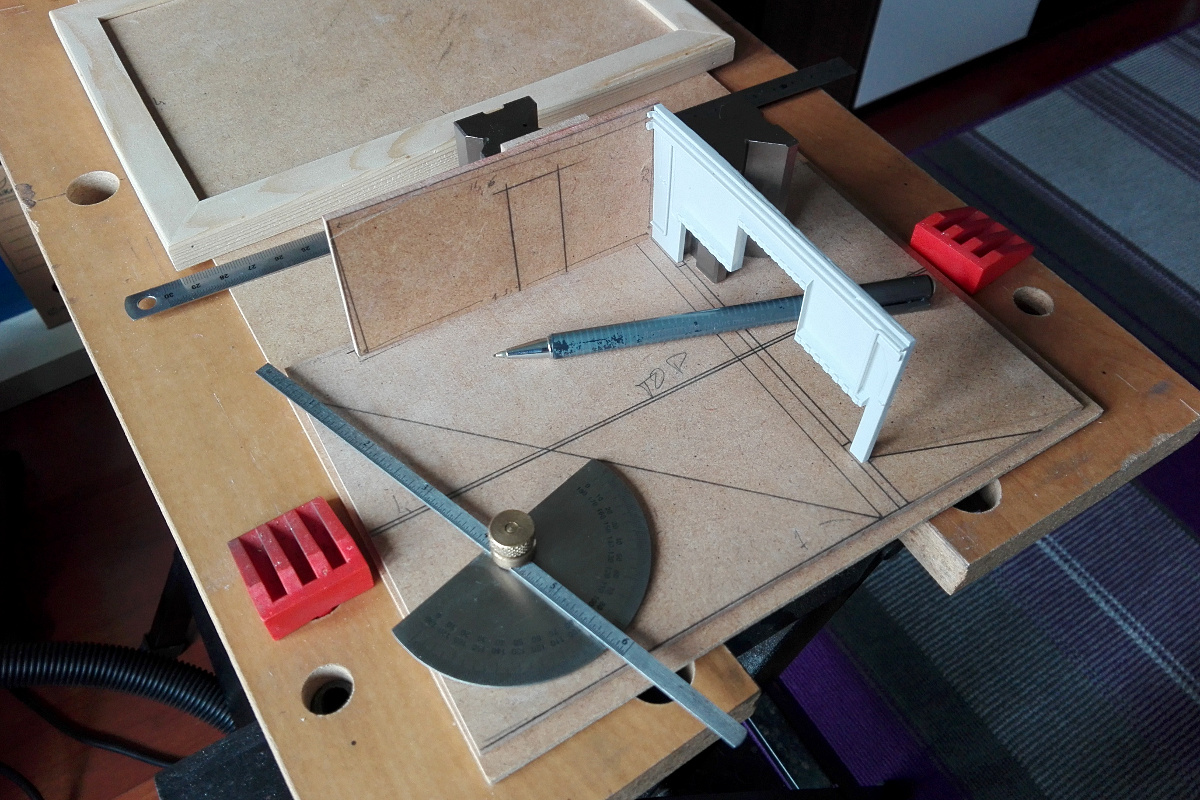 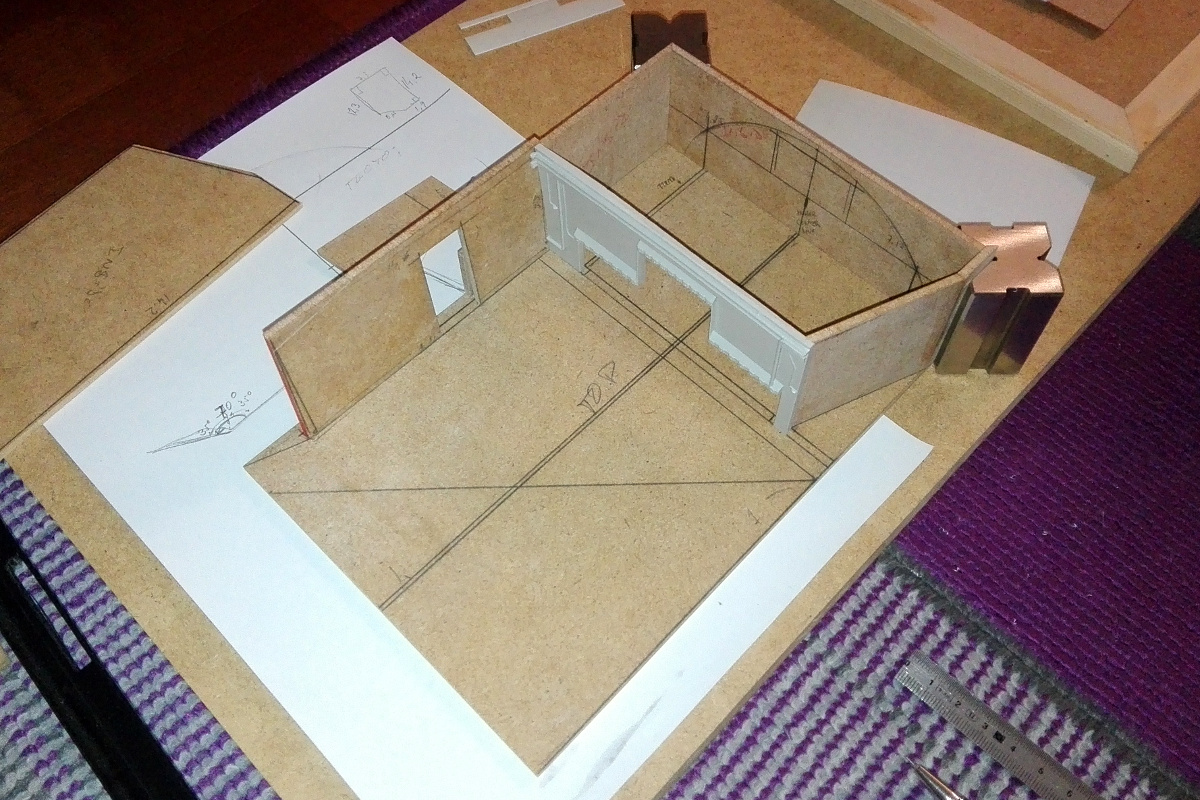 I've started detailing the interior of the hangar, starting with its sealing (I still need to had some details to the roof before gluing it in place). 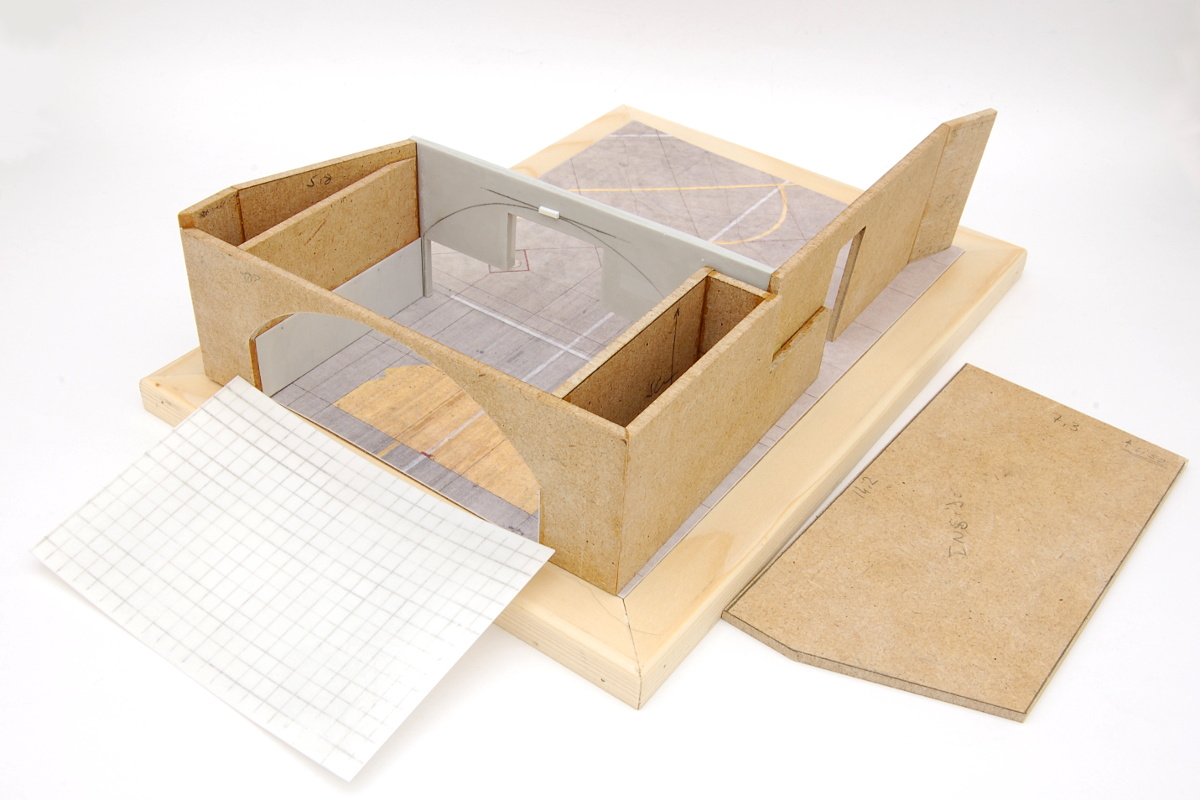 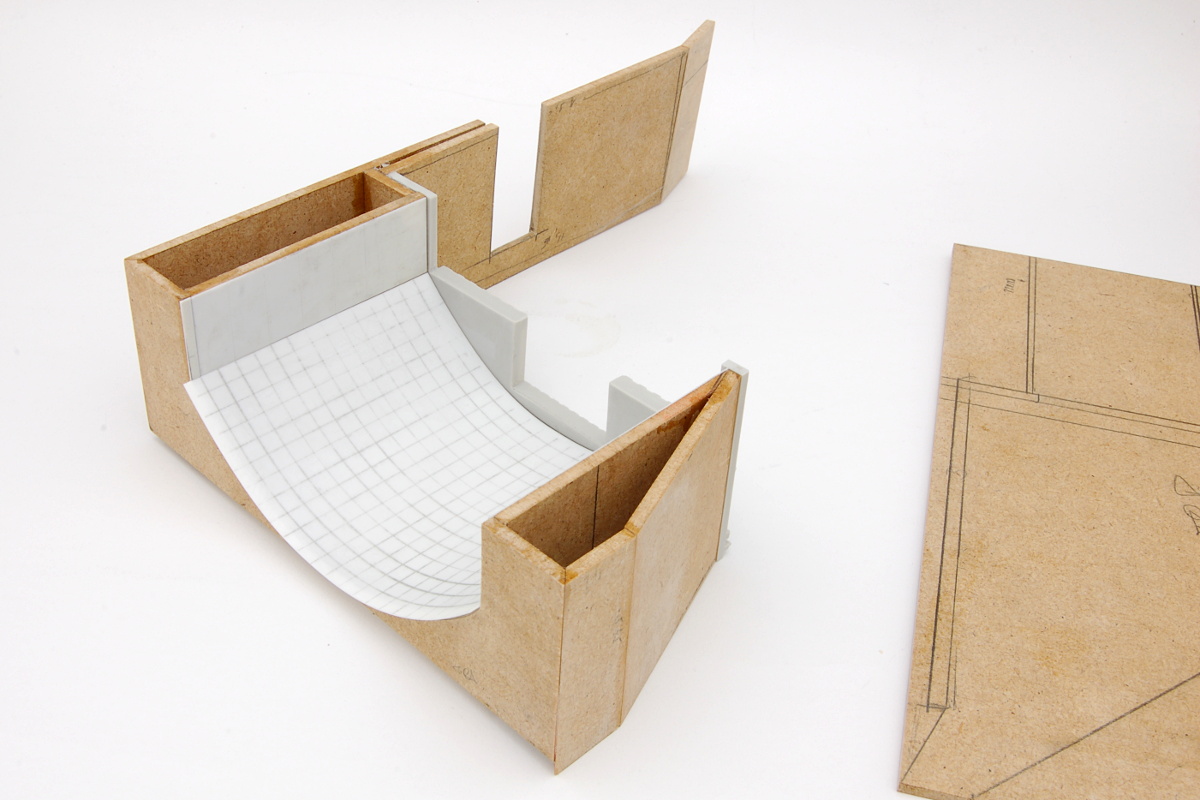 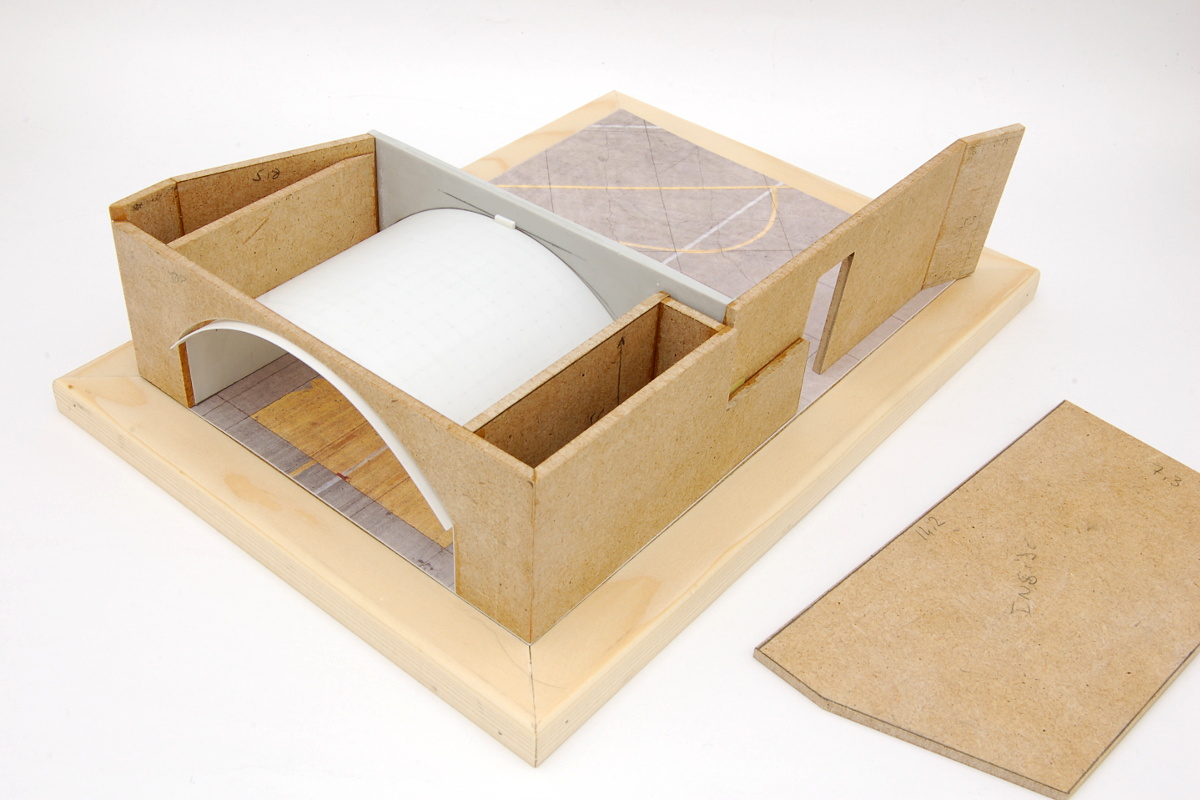 And this is its present state. There are still some sanding required and the large exterior side wall still needs to be completed. 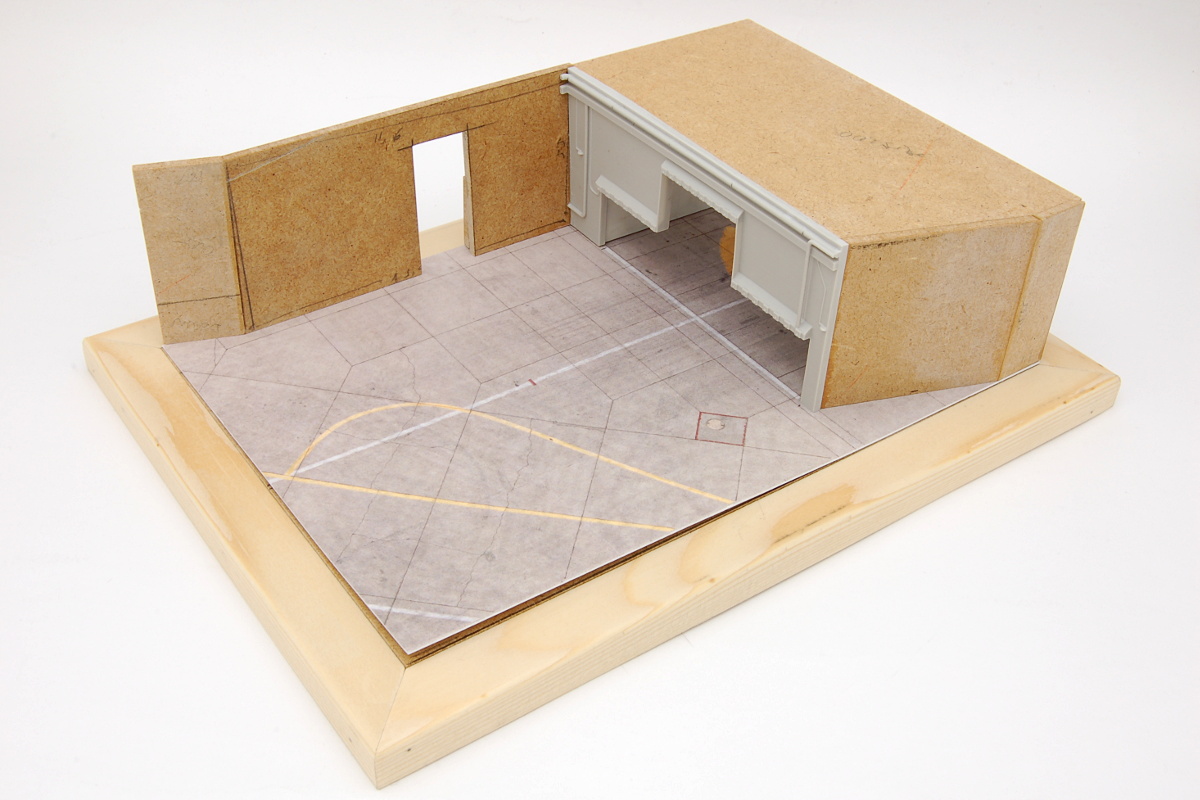 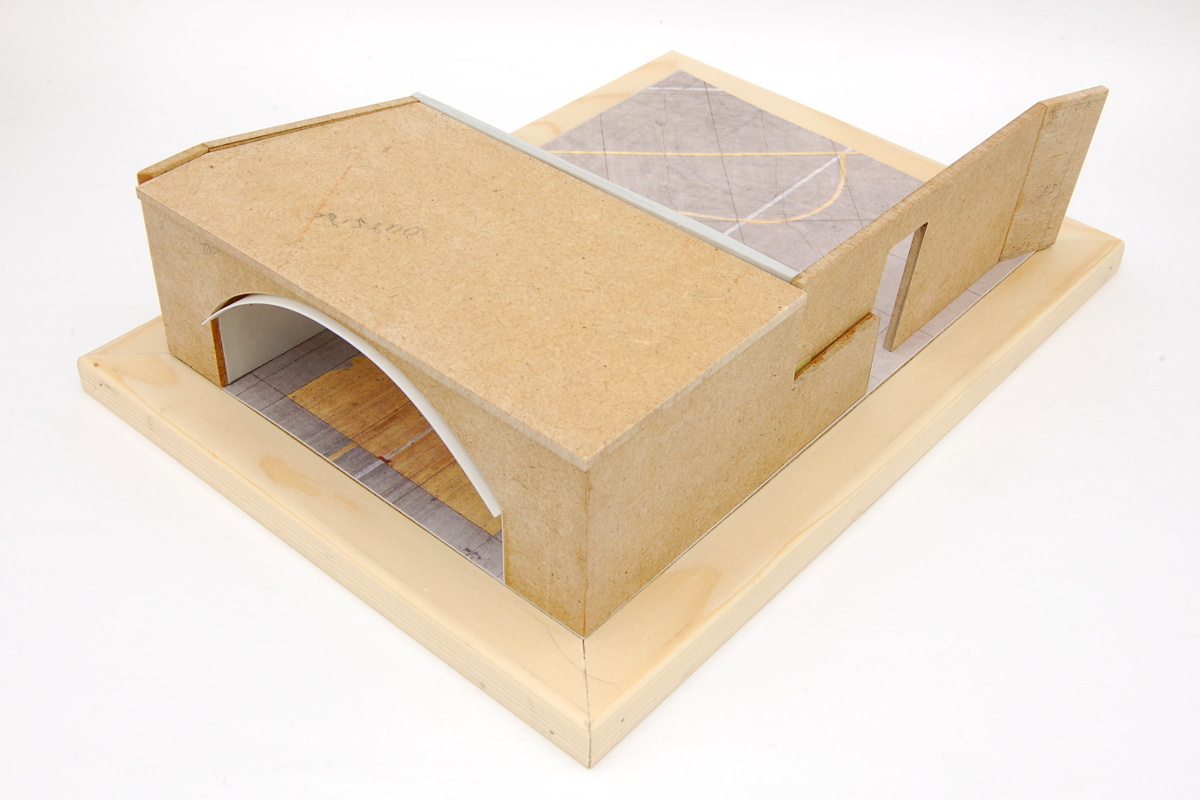 I'll update you on my progress with this kit!

So Marco, you are not only a superb modeller but also a carpenter and picture framer too?

Are you allowed to bring your woodworking bench indoors as well?

I have a wounderful wife! She does not mind me doing a mess in our living room, as long as I clean up afterwards (so I always have the vac-cleaner around)!

The basic structure is completed!
Most of the structure is made using 3mm MDF, but there are a few areas where I have used 1mm plastic card. The MDF can be glued with PVA glue (wood glue), but I have mostly used thick CA glue. You can also reinforce the MDF, soaking it in thin CA (this is what allowed me to make such sharp bevel at the end of the side wall). Now I'll have to start adding details. 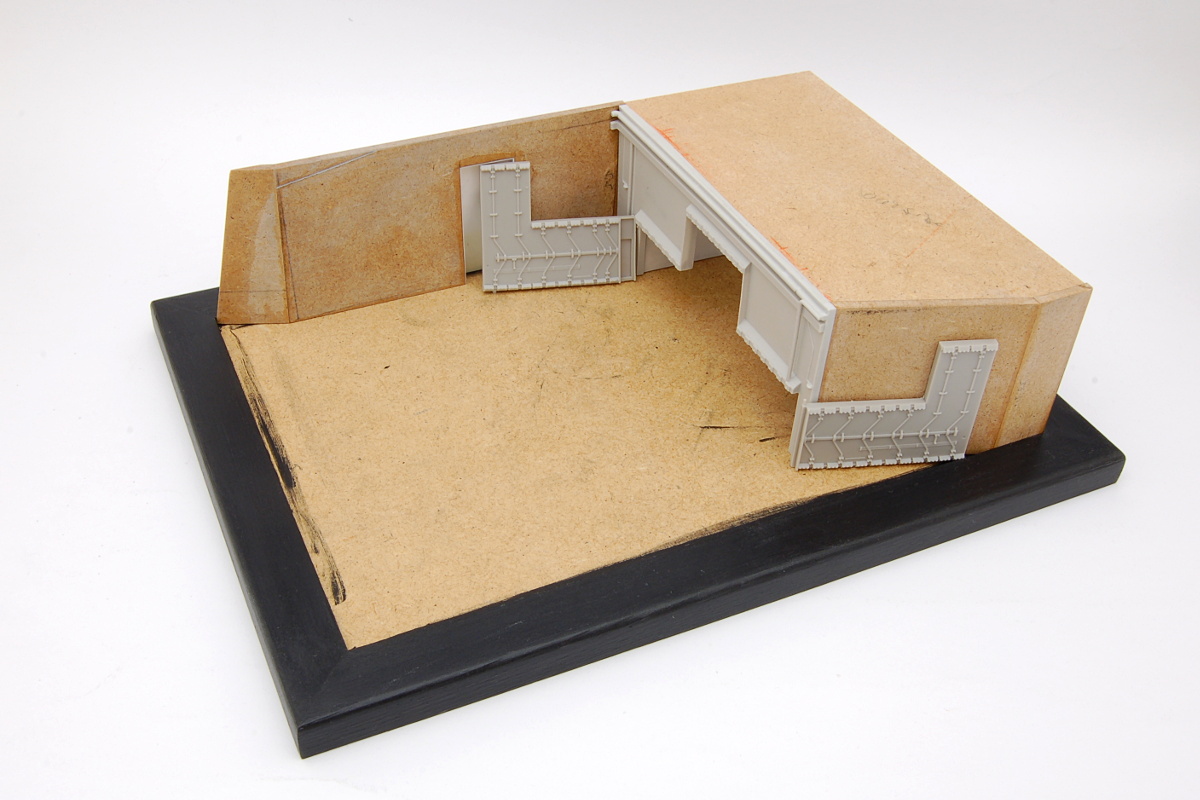 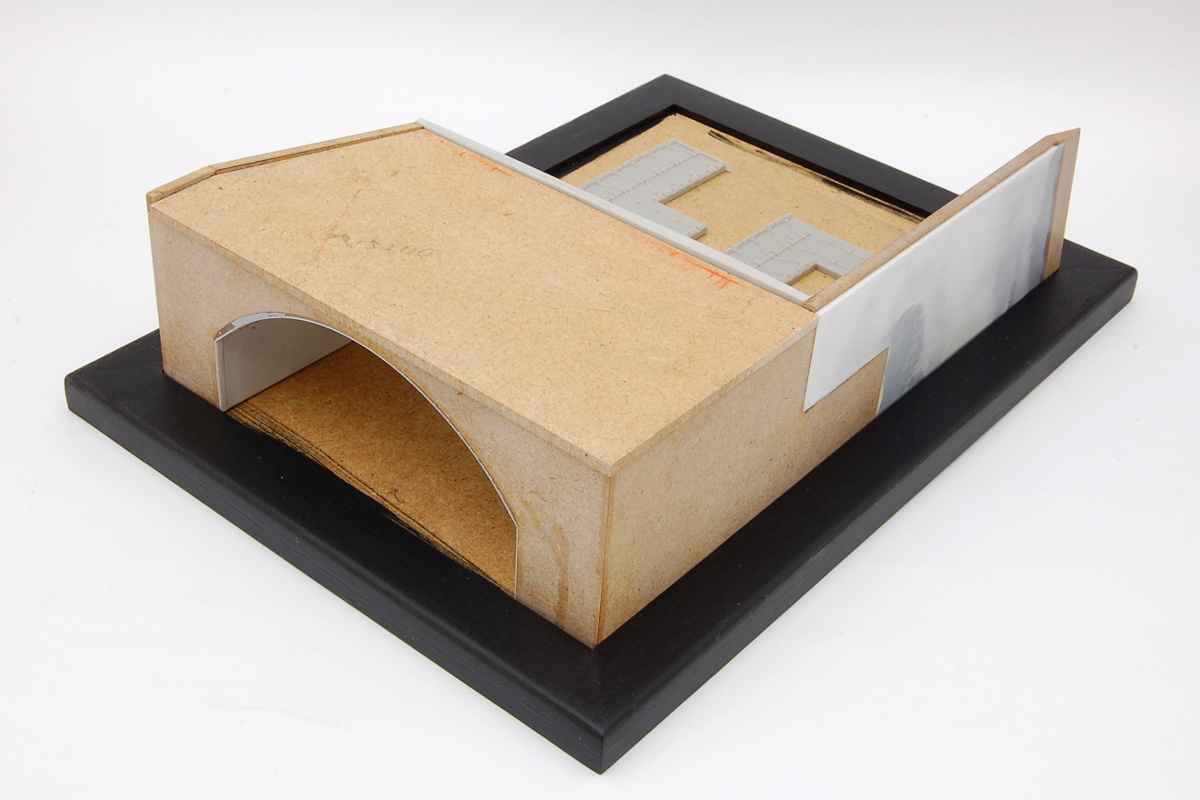 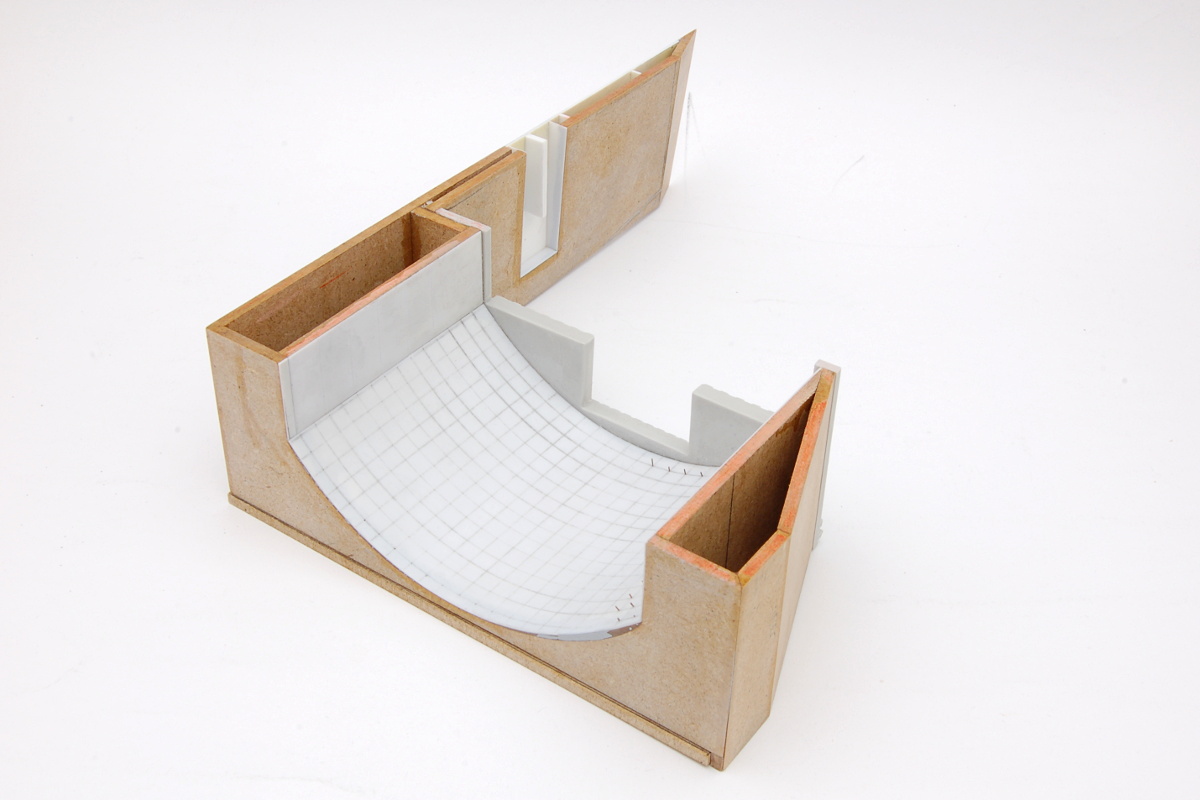 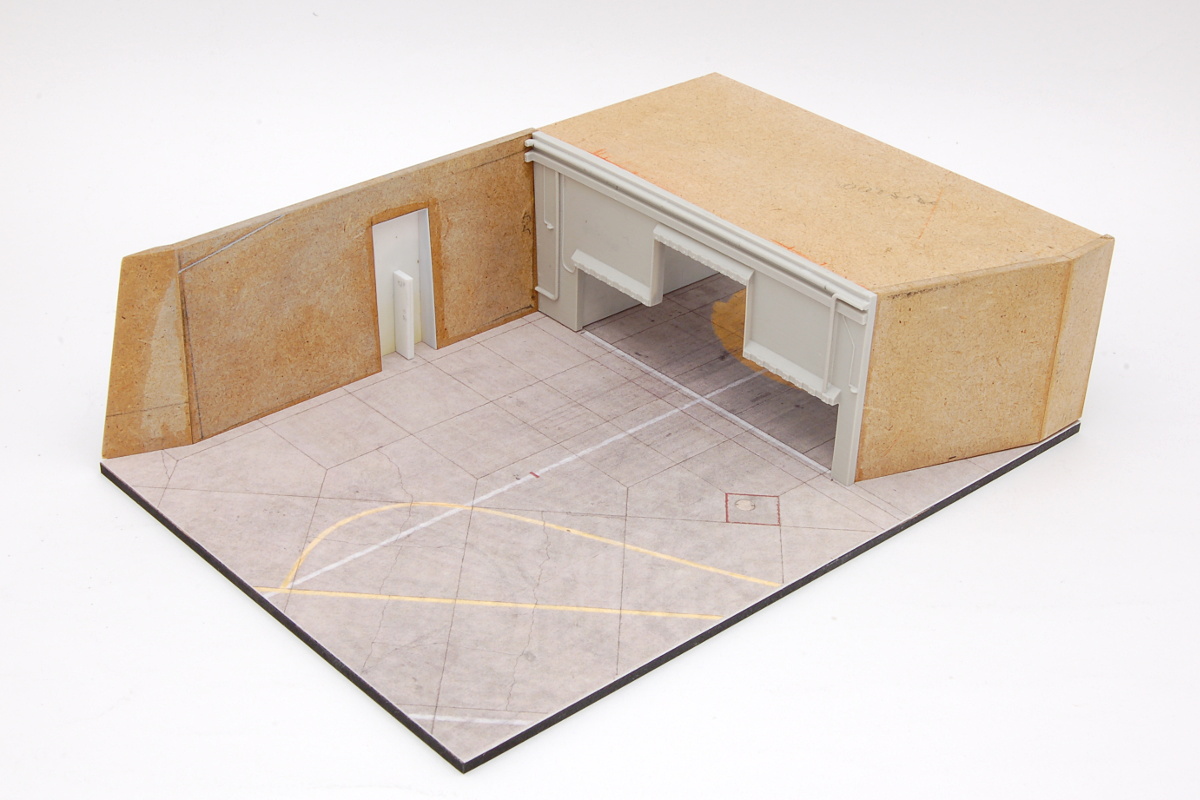 What can I say that haven't been said, Marco... You've got skills, my man. A pleasure!
Top

Here a quick update on the HAS build.

I've started work on the HAS exterior. I want to replicate the subtle texture present on the resin part (the marks of the supporting structure used while pouring the concrete to form the walls). I decided to try out making this texture with primer and so I masked a small section of wall to try it out. 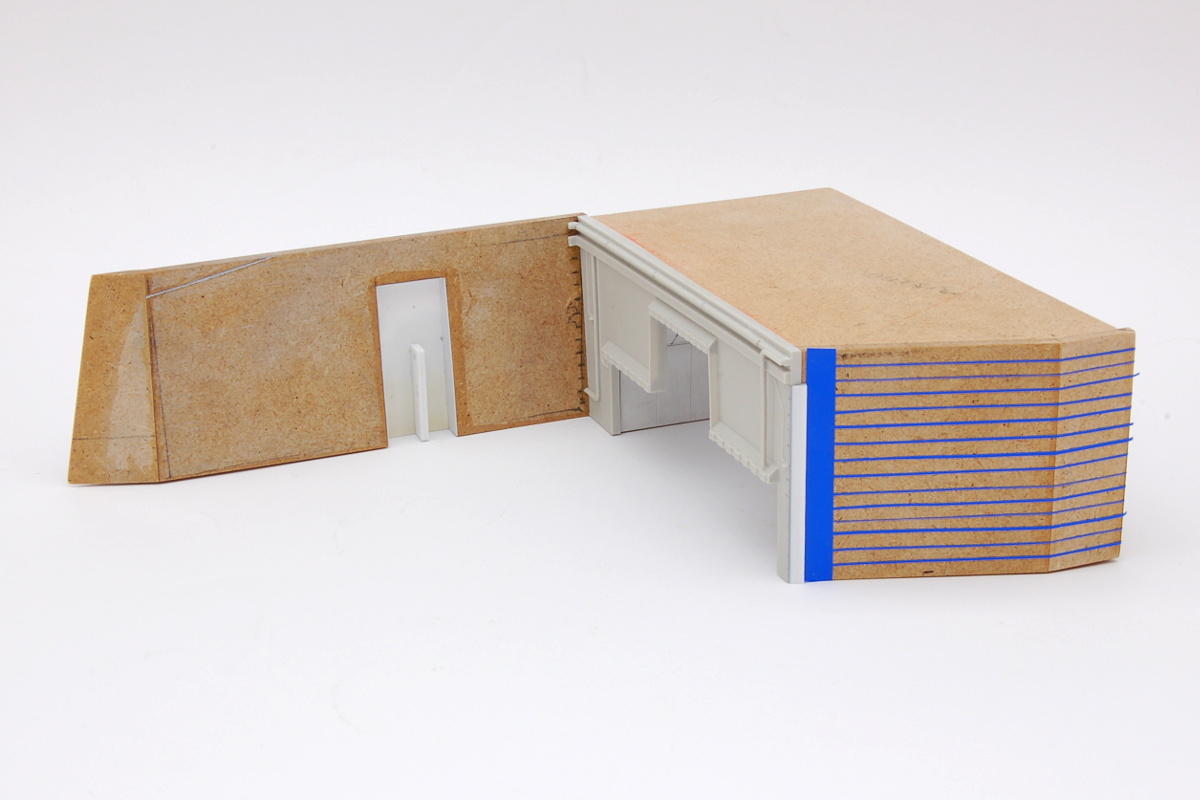 After covering the wall with several coats of primmer, it was left to dry. 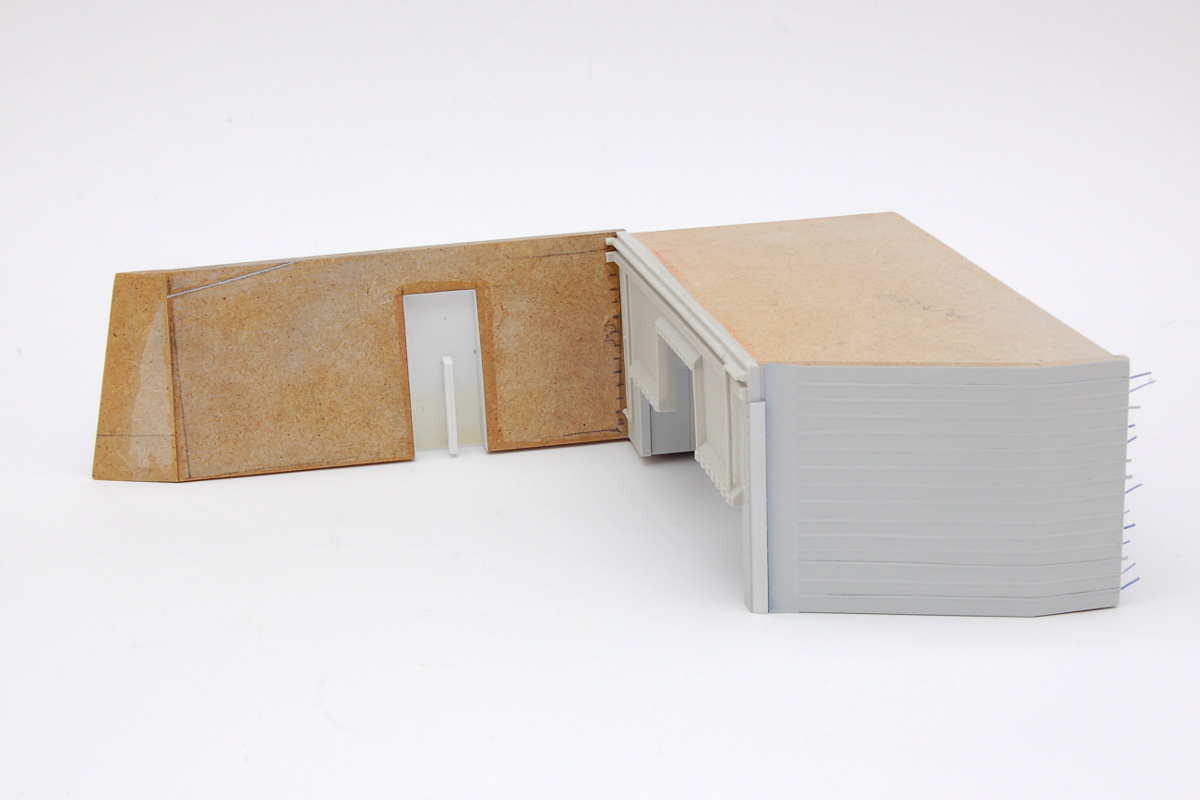 The whole surface was sanded down until the masking tape is visible, which will allow a clean separation. 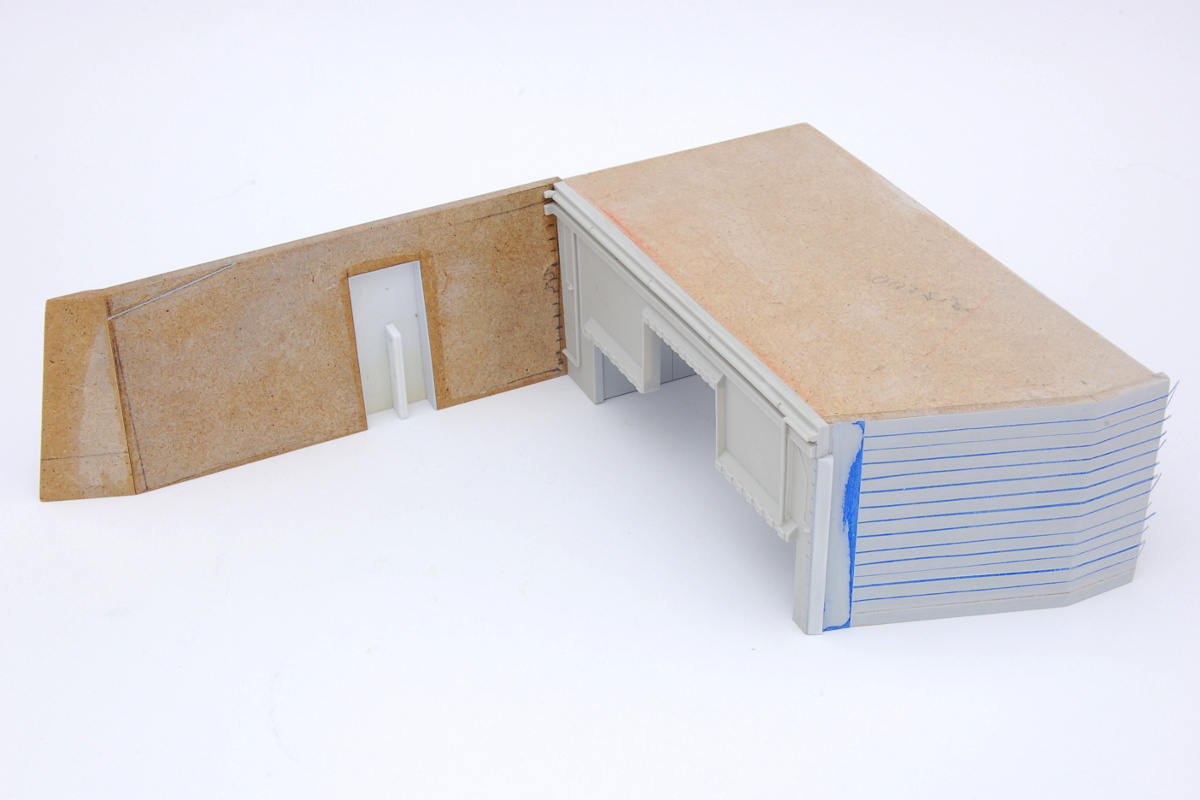 After removing the masks, as expected, the texture is way to strong (I could have used less coats of primer), but the sketch of what I was looking for was there. 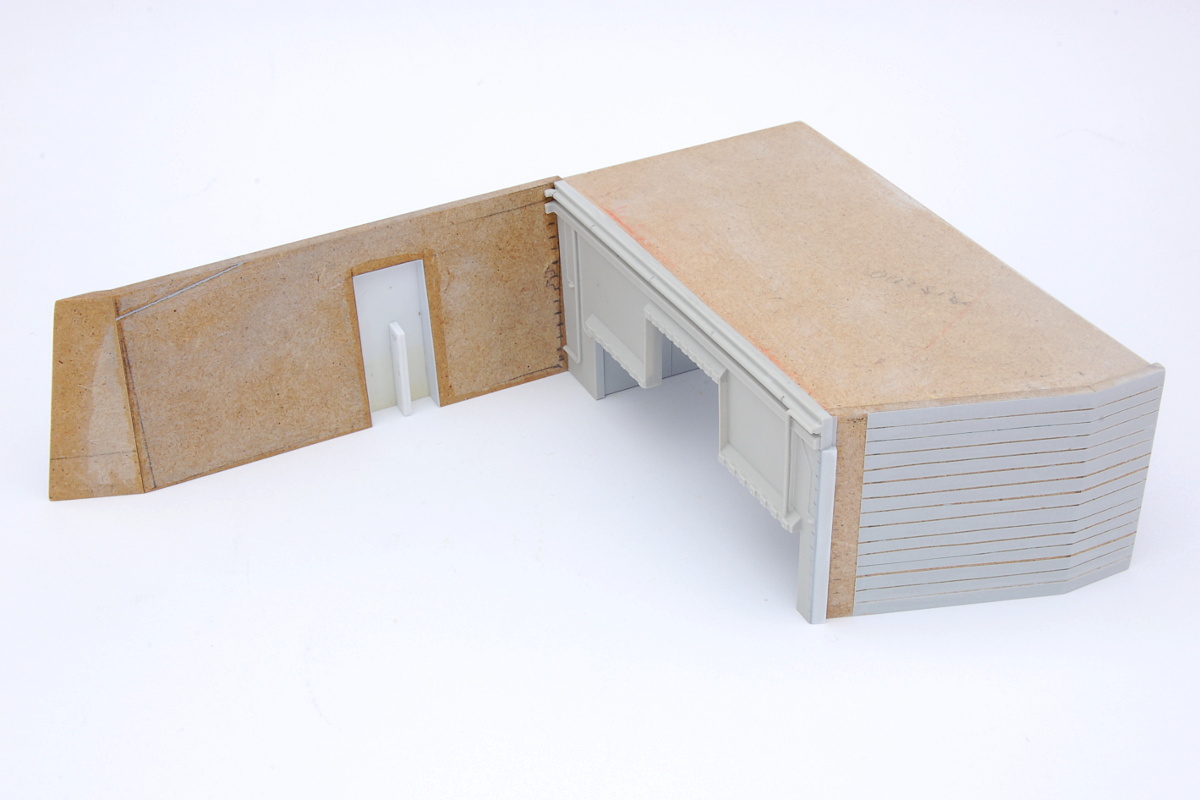 After sanding it down a bit, I got closer to the subtlety I was looking for. 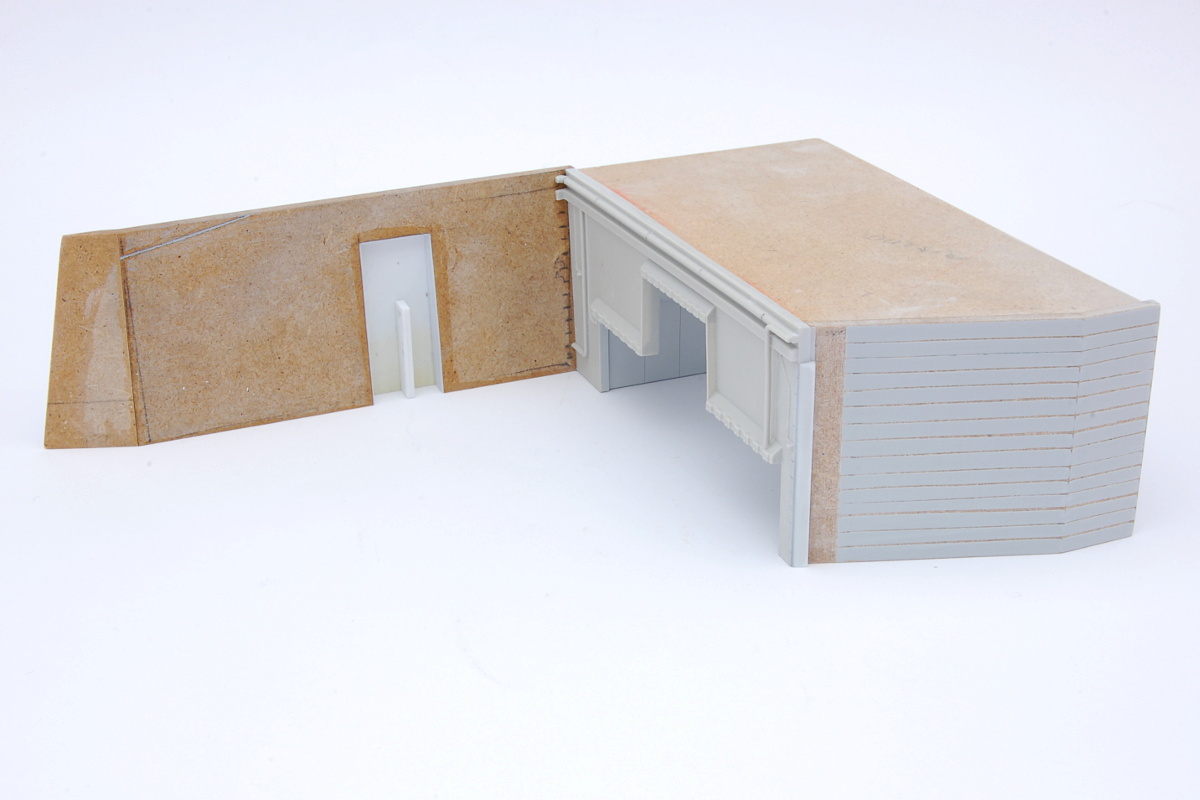 I primed the surface again (the whole wall) to tone down it a bit more and did a bit more sanding. I think now I am basically there. 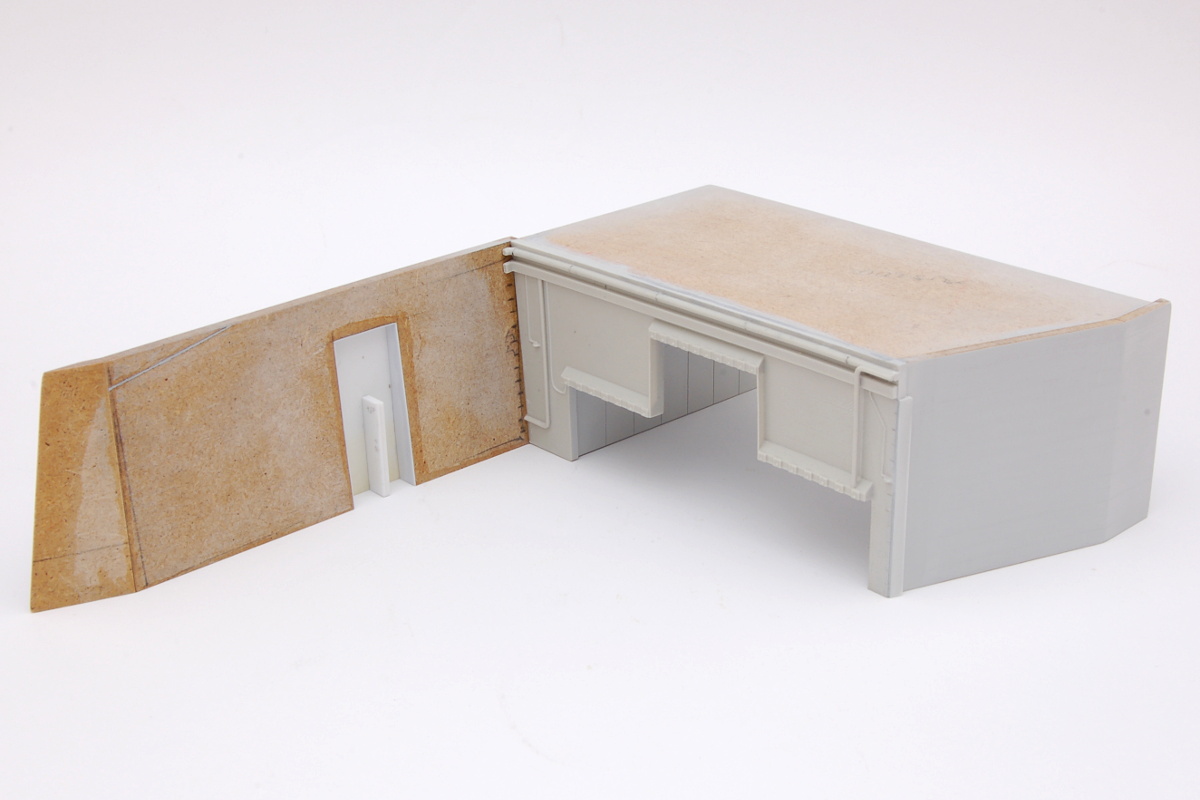 As I had the airbrush loaded with primer, I also primed the interior and the back walls. 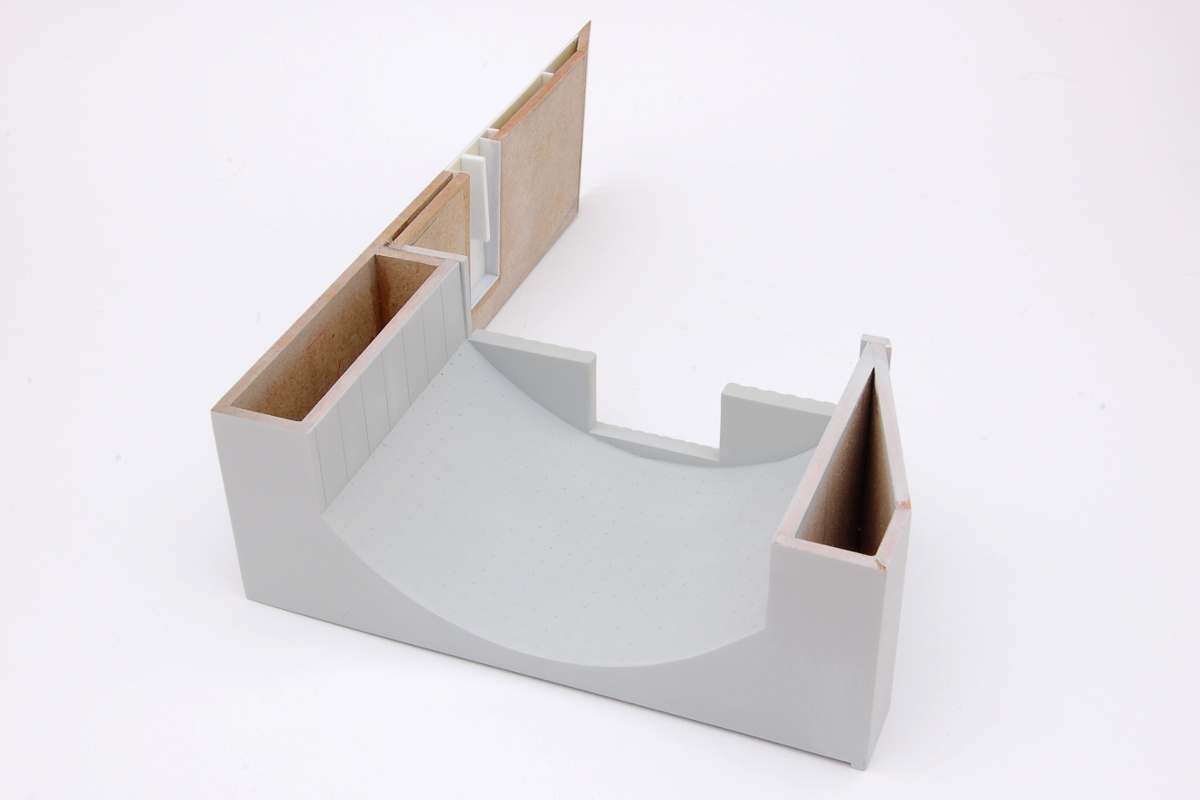 I'll repeat the same process on the long side wall and plan to start adding the exterior details soon.

Not much has been achieved in the last few weeks, as spare time for the hobby has been scarce.

The detailing of the exterior of the HAS building continues and this weekend I manage to complete what I believe are the covers of the drainage system on the HAS cover. They were made with plastic card and the handles are 0.3 mm copper wire bent to shape and glued in pre-drilled holes. 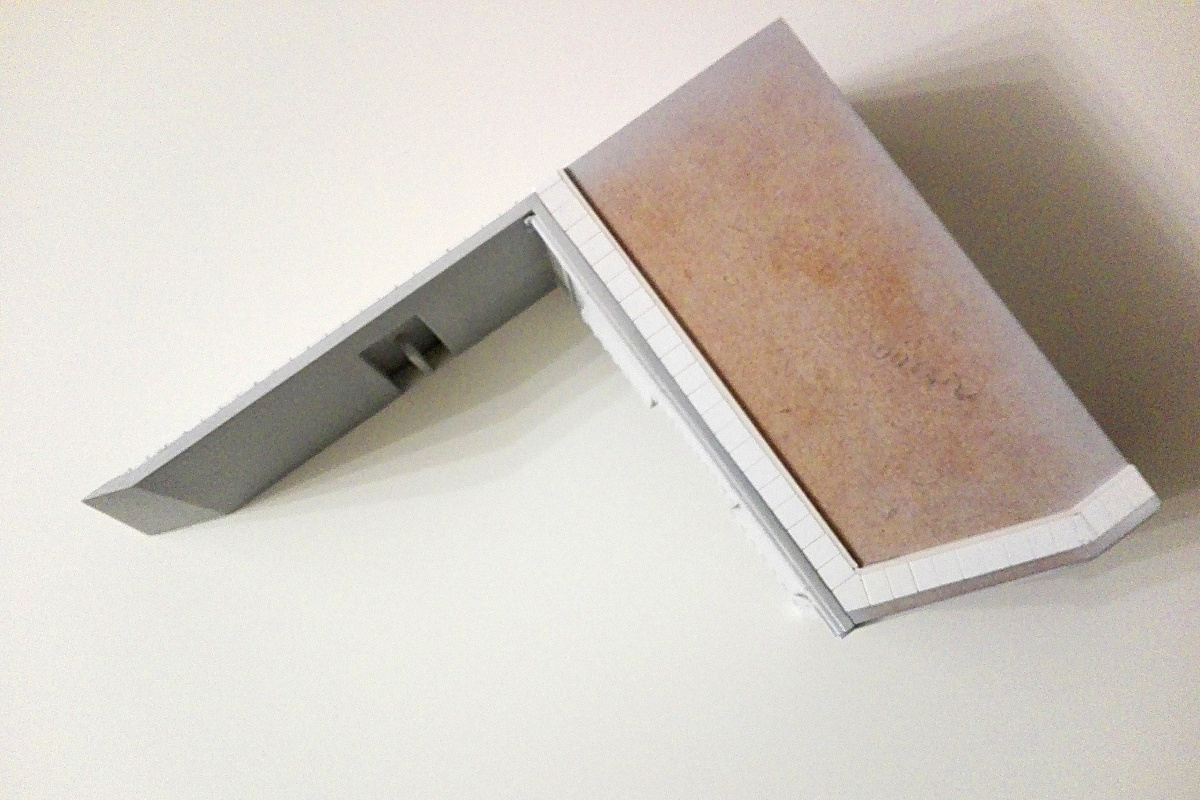 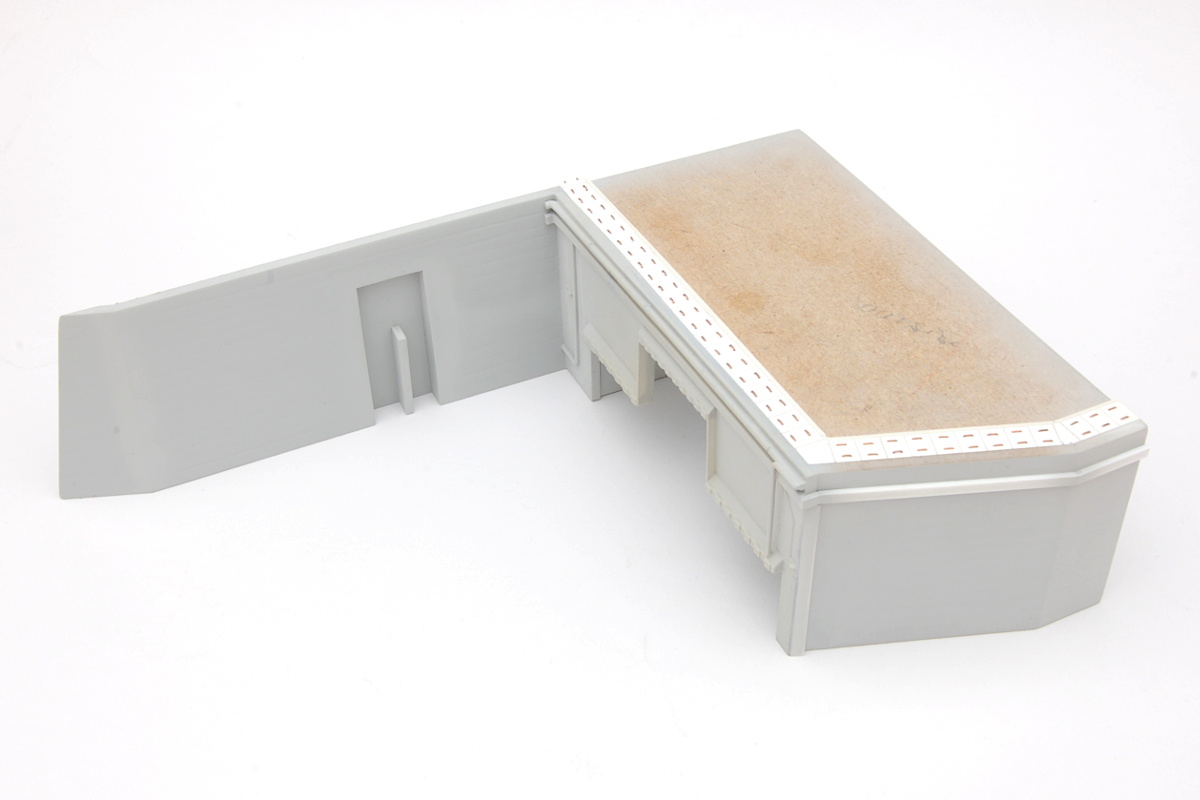 I still have to complete the concrete texture over the right (long) wall of the building.
I hope to post more soon.

Concrete is a difficult colour to catch. What will you use?
David
Top
Post Reply
9 posts • Page 1 of 1