Be it a tree, a bridge, a building or a nodding dog, this is the place!
Post Reply
24 posts

I've been putting together this 1/144th scale diorama at the Connecticut Air & Space Center in honor of the 90th Bomb Group, better known as the "Jolly Rogers". It also is in honor of my grandfather: Peter J. Soltis, who was a Flight Engineer and Top Turret Gunner in the Jolly Rogers in the 320th. It depicts a typical air base for the 90th that could be either on Biak, New Guinea, etc.

I'll be continuing to add some other details like more Trucks, Jeeps, Crates, Tents, Trees, Foliage, etc. to the display. We still need a 400th B-24 (Black Tail) to represent a least one Liberator from each of the four squadrons. Most importantly, I'm working in Photoshop to create a realistic background mural to frame the entire diorama. That and doors of course! There will also be a second shelf for artifacts, as well as a second matching case with even more artifacts! Hope you enjoy the progress! I'll try and get some better quality pictures next time!

That looks great already! I wish I had so much space. You certainly are in the enviable position to create something many of us dream of.
A matching backdrop will add a lot of realism, I'm anxious to see that coming. But even now with what you've created so far I can already feel the spirit of a remote base somewhere in the Pacific!
BTW - are those B-24s all the old Crown/Minicraft models or from Atlas or else?
I will certainly watch your progress!
Fritz
Top

They are all Cafe-Reo J models and one redone IXO / Altaya D model. Definitely the best 1/144th B-24s so far. Thanks so much for the kind words!
Top

What a great looking project. Look forward to seeing more progress too.

Really good! I can just imagine myself standing in front of that for ages, with my wife tugging at my arm and saying: C'mon, we have to go!

Brilliant. The sort of thing I would love to create if I had the space. I love all the little details! Looking forward to seeing how it develops.
Top

You've found the ideal solution to finding space to display your models and exposing them to a wider audiences than family and friends. The Connecticut Air & Space Center? Very impressive! Mind you, with all of your dioramas that you have shared with us over the years, we'd all be expecting you to meet the brief and then some. And it is certainly heading that way judging by the photos here. Your grandfather would be proud.

And I totally agree on the CafeReo Liberator front. Whilst the Minicraft kit is passable, it is based upon the ancient (1975) Crown release and, other than the odd part here and there to convert the original B-24J to a B-24D, the only update has been in the Cartograf decal sheet. In the most recent update (2018), the "new part" for the B-24J was the inclusion of a clear stand. Seriously, Minicraft?

Thanks so much for all the positive comments guys! It keeps my father and I going! 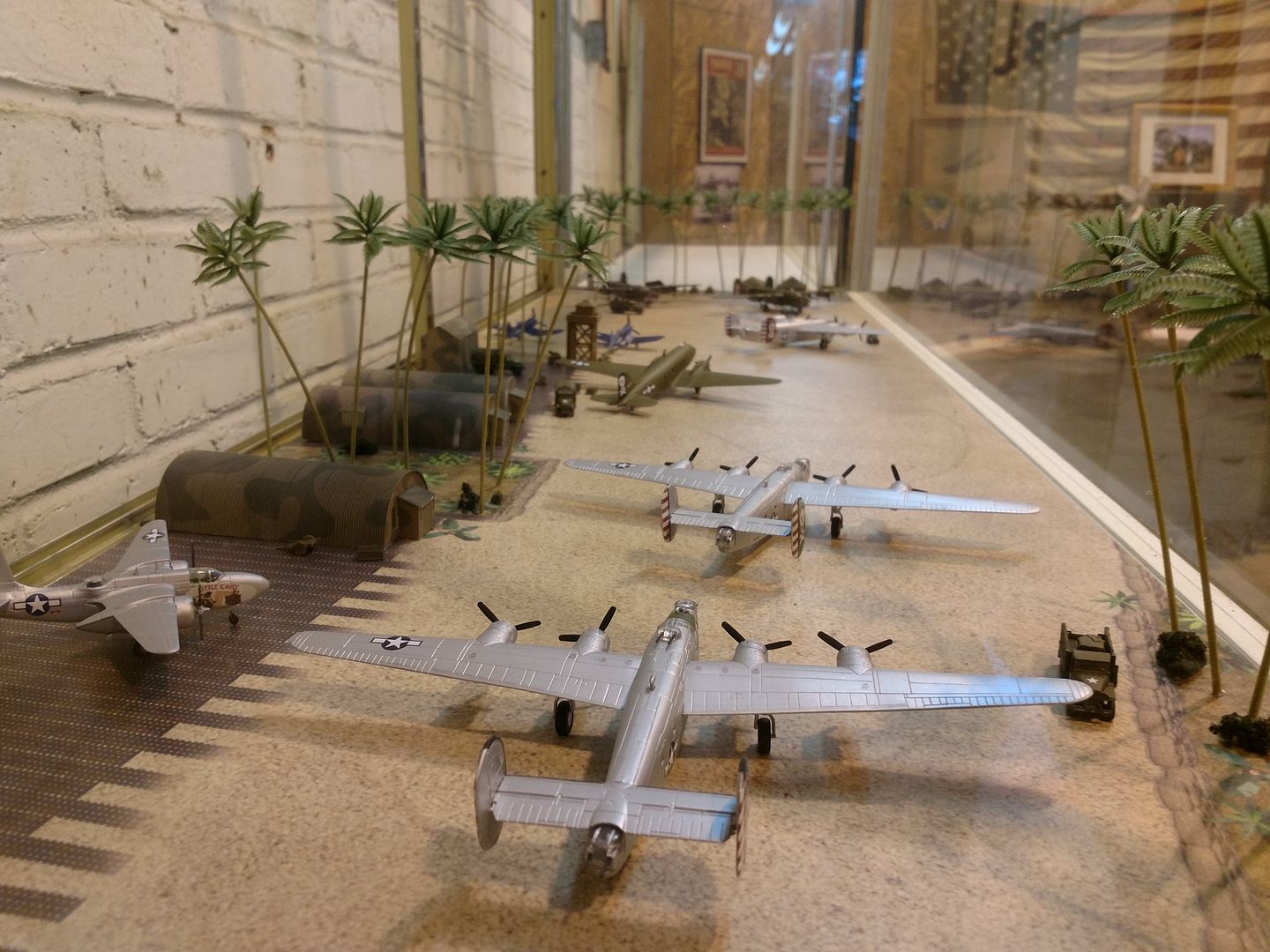 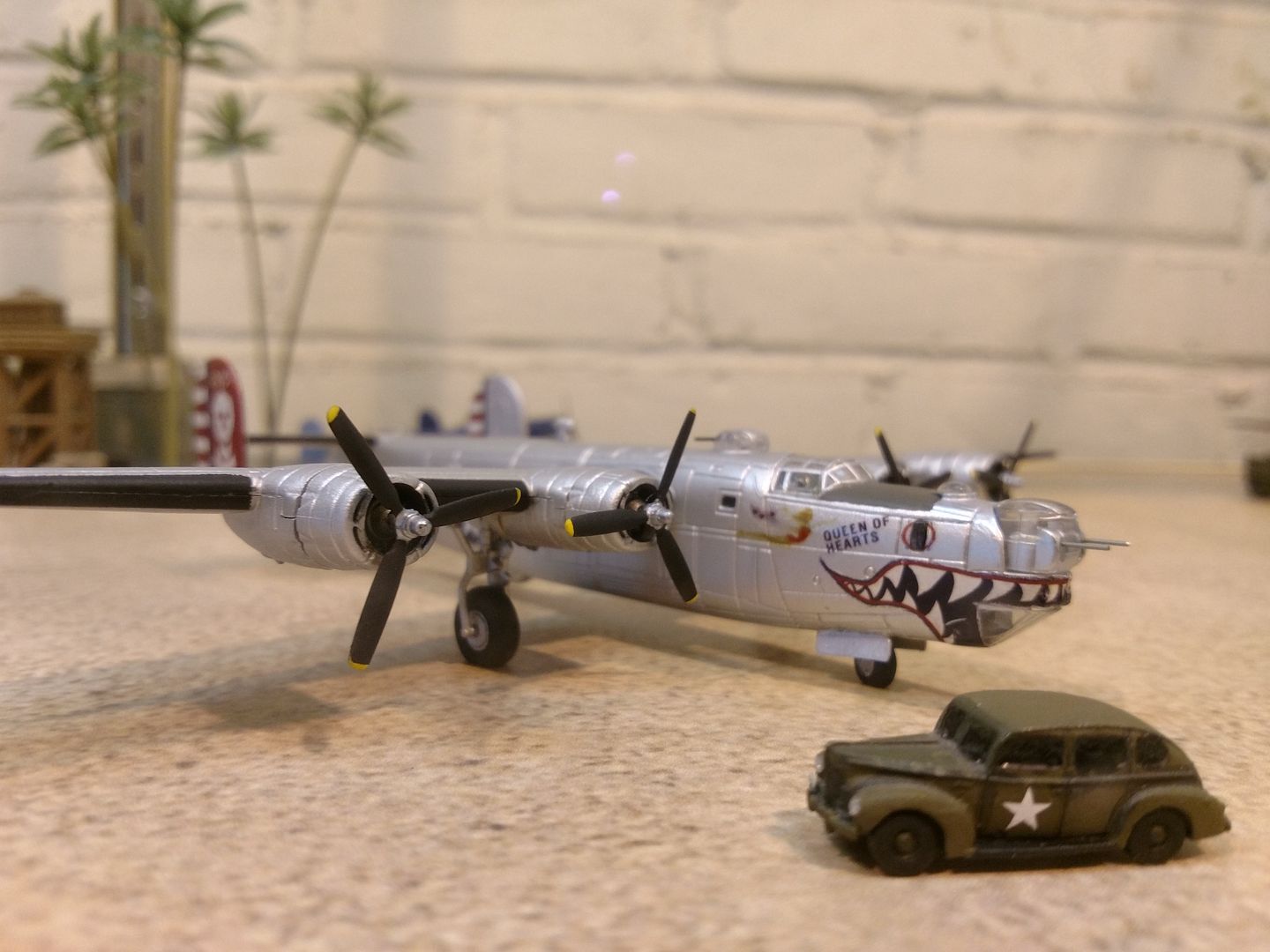